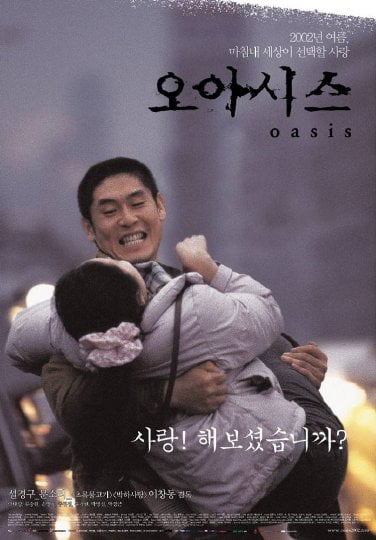 Friday, September 6 gives us the find of the festival!

The Variety review which accused this film of being anti-American is immediately brought up by a Swedish journalist.  Danis Tanovic states that this was certainly never his agenda.  Samira Makhmalbaf says there are enough contrasts and conflicts on earth without film directors having to increase them.  Inarritu states that it would be a shame if the American public were kept from seeing the film because of the perceptions of one guy.  Claude Lelouch explains that his idea came from wanting to use silence.  Amos Gitai steers the questions away from content to talk about form and notes that each filmmaker took a very different approach - narrative, sound, documentary - and notes that each tragic event produces works of art.  Gitai and Tanovic appear to be enjoying themselves. Innaritu is earnestly passionate and talkative.  Makhmalbaf makes a statement in English about how much she likes this film and why.

Robin refuses to see the documentary "Clown in Kabul" because he's seen the real Patch Adams before and found the experience too scary to repeat, so we take the evening off.

As the directors head off to the world premiere of their film, we head back to the Palagalileo for

Filmmaker Adoor Gopalkrishnan ("Walls") tells the story of a hangman (Oduvil Unnikrishnan) haunted by the execution of an innocent man years earlier.  When the Maharaja sends for his services, the hangman tries to beg off claiming illness, but eventually he leaves with his son as backup.  The night before the execution, the Maharaja's officials drink with Kaaliyappan and his son Sunil, and attempt to distract him with stories.  One tale of a murdered young girl, seen in extended flashback, takes a surprising turn into the life of Kaaliyappan and Sunil.  While beautiful to look at, it's slow moving and oddly sadistic.  Another disappointment.  C+

We spend midafternoon taking advantage of the washing machine in our apartment and discover our initial attempt to buy laundry detergent resulted in a bottle of toilet cleaner.  After correcting that error, we devise some strange methods for hanging a week's worth of laundry indoors, then head back to the Palagalileo.

Lee Chang-dong's miraculous love story is the find of the festival!

Hong Jong-Du (Sol Kyung-gu, "Peppermint Candy") is a social misfit, just released from prison after taking the rap from a brother's vehicular homicide.  His inappropriate behavior even turns off his mother.  When Hong decides to visit the family of the man his brother killed, he finds a man and his wife vacating a run down apartment, leaving the man's severely handicapped sister, Han Gong-Ju (Moon So-Ri, "Peppermint Candy"), behind.  Slowly a love story emerges, where cerebral palsy victim Gong-Ju sees a knight in shining armor and Jong-Du sees a beautiful girl.  Lee Chang-dong's fabulous work puts a gritty, urban spin on John Cromwell's post-war classic, "The Enchanted Cottage."  (Hmm, another John Cromwell film - are we onto a secondary theme here?)  Sol Kyung-gu is fabulous as the guy even a mother could hate, but Moon So-Ri is so amazing it's a jaw dropping moment when she sheds her affliction in a fantasy sequence.  The film's only drawback is a slightly cliched ending  A-

Writer-director Chang-dong Lee has created a love story quite unlike any I have seen before. There have been May-September romance (or, in “Harold and Maude” a May-December fling), gay male love, lesbian romance, wrong side of the tracks attraction, good girl/bad guy passion, the list goes on. But, “Oasis” romantically teams a mentally challenged man, Jong-du Hong (Kyung-gu Sol), who has some disturbing sociopath tendencies, and Gong-ju Han (So-ri Moon), a young woman suffering from an advanced case of cerebral palsy.

This unexpected attraction seems impossible at first but, as the two get to know each other (and you get to know them), the idea of their mutual attraction and caring make sense. She’s a normal person trapped in a twisted and broken body and he, with his unblinking love, is the man she needs to take care of her – and himself, with her love.

The story of the star-crossed lovers denied being together because of narrow-minded bigotry, good intentions or plain ignorance is a superbly crafted look into the world of two very different people. Jong-du, so long on the outs with his family – he took the fall for his brother in a vehicular homicide and resented for it - drifts from one no-where job to the next, always getting into trouble one way or another. When he makes a delivery to Gong-ju’s cramped little apartment he finds her all twisted and helpless – her brother and his wife (Byung-ho Son and Ga-hyun Yun) use her handicap to get a spacious government subsidized apartment and relegate her to a hovel. But, he sees something else and is attracted to the invalided young woman. A hesitant little romance blooms despite some sexually violent moments and the negative response to it by both families.

Helmer/scripter Lee’s unusual little romantic yarn is an interesting, potentially off-putting notion that is developed to its fullest promise due to the efforts of its two stars. Kyung-gu Sol, as Hong, is a combination of nervous ticks, dim wit and compulsive behavior that make him unlikable, at first. As his love for Gong-ju grows, he sees her as a normal human being and object of desire and duty, not a helpless hulk. He will, in the end, do anything for Han. It’s a good thing that Sol is a talented actor because his costar is brilliant.

So-ri Moon, who won the best new performance award for this characterization at the 2002 Venice Film Festival, gives an accomplished portrayal of a physically stricken woman. The closest I can come, in comparison of physical virtuosity is the Oscar-winning perf by Daniel Day Lewis fo “My Left Foot.” Hers is a tour de force debut to the world and, as you watch Moon morph from twisted wreck to normal woman, she proves physically accomplished as well. The actress lived for months in a house with several cerebral palsy patients and her studies pay off in “Oasis.”

“Oasis” is a lovely combination of assured writing and direction coupled with two of the most striking performances I have seen in some time. This is the kind of film that is a must for any serious film buff and, maybe just maybe, the adventurous movie-goer who isn’t afraid of a little challenge. I give it an A-.