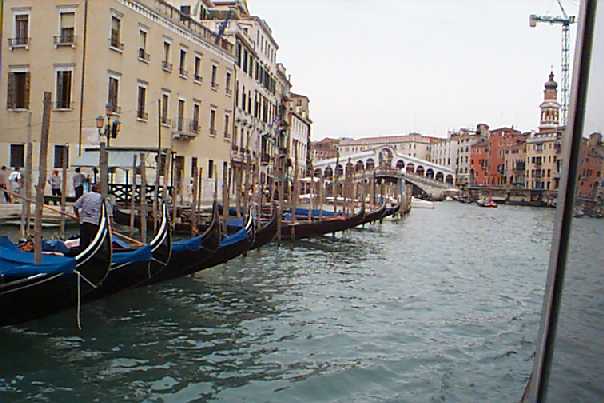 Trying to reach Pala BNL for an 8:30 screening, we're surprised to find a fully fledged farmer's market that wasn't there the day before. Together with some German journalists, we find the new entrance to the tents just in time.

German filmmaker Dorris Dorrie's romantic comedy looks at how individuals maintain their separateness while forming couples via 3 sets of friends at different social strata.  Emilia (Heike Makatsch, "Resident Evil") and Felix (Benno Furmann, "The Princess and the Warrior") have no money and will be making their first appearance at newly minted millionaires Charlotte (Nina Hoss) and Dylan's (Mehmet Kurtulus) dinner party since breaking up. Also attending are Boris (Jurgen Vogel, "Smilla's Sense of Snow"), who works for Dylan, and Annette (Alexandra Maria Lara).  Felix tries to revenge his losses in Dylan's stock by making a bet that the two other couples won't be able to recognize their own partner's naked body if blindfolded.  Dorrie makes some interesting observations and production design and costume embody their owners (a scene between Emilia and Felix sitting in a canoe in her apartment is fab), but this is entertainment, not Golden Lion material.  B

Patrice Leconte's ("Girl on the Bridge") film is like the best beef goulash you've ever had - nothing new but quality ingredients expertly combined and spiced to provide a few layers of complexity. Manesquier (Jean Rochefort, "The Closet") is a refined, talkative, retired schoolteacher living in a small French town in the bric-a-brac stuffed home of his deceased mother. Milan (French rocker Johnny Hallyday, "Les Diaboliques") is a rough, taciturn bank robber who arrives by train accompanied by Ry Cooderesque strains. Schubert loving Manesquier provides shelter to Milan when he cannot book a room and a gradual friendship builds to the point where the two men find they wish for the very things the other possesses. Leconte grants those wishes in a fantastical conclusion, while technically merging their individual color and music themes. A true charmer - Rochefort was my pick for Best Actor (he won the audience award, as did the film, but L'Homme du Train wasn't recognized with any official awards). A-

Back to the Sala Grande for the premiere of

A writer (Lena Endre, "Faithless") grieving for the death of her child is visited by his father (Bjorn Floberg, 1997's "Insomnia"), her ex-husband and the architect of her minimalist home - the impractical design of which contributed to their child's accidental death.  He chooses that evening to commit suicide.  Sara must deal with his present wife Helen (Petronella Barker), his surprise teenage mistress Kaja (Rebeccka Hemse) and her spouse-abused belly dancing instructor with two young children in tow all on the same day.  As Peter's minimalist home is turned topsy turvy by the excesses of his lifestyle, Sara's musician border Bogdan (Goran Bregovic) assembles a gypsy band in her basement to keep time to the chaos.  Poorly received on its home turf, Unni Straume's film is a life affirming look at death, sisterhood and truth.  B

After the film, star Lena Endre leans from the balcony for photographers.

Seeing as how it's our fifth day in Venice and we've yet to see Venice proper (except for the glorious view from the Lido), we decide to hop a waterbus and take the evening off from film-going.

With "Naked" Dorris Dorrie brings a light touch to her tale of three couples, longtime friends, who have risen (or fallen) to different socio-economic levels. On the bottom are Emilia and Felix (Heike Matatsch and Benno Furmann), recently broken up and none too well off. At the top are Dylan and Charlotte (Mehmet Kurtulus and Nina Hoss), a yuppie couple that made a killing in the stock market and may be rich but not necessarily happy. In the middle are Annette and Boris (Alexandra Marie Lara and Jurgen Vogel) an outwardly happy couple but inwardly seething over Dylan and Charlotte's good fortune.

When the six get together for a dinner party, Felixes imposes an impromptu wager that his male friends, when blindfolded, cannot identify their spouse by touch alone. The others accept the bet and, no surprise, Felix is right. The revelations of the evening end with everyone a little wiser, if metaphorically bloodied.

This lightweight tome is mildly entertaining with its pithy dialog and attractive cast but seems a bit too light to be in competition at a prestigious film fest, especially when compared to the other participants for the Gold Lion. C+

Patrice Laconte's latest, Man on a Train," tells of the brief encounter between an aging former schoolteacher, Manesquier (Jean Rochefort), living his twilight years in quiet solitude and a disenchanted bank robber, Milan (Johnny Hallyday). Each sees the other's life as the ideal with the teacher imagining himself living the robber's adventurous existence and Milan wishing for the peace and quiet that Manesquier possesses. Laconte deftly weaves this simple story and, with his talented stars, convincingly fashions a bond between the two very different men. Rochefort and Hallyday are wonderful together and the pair is well worth the price of admission to see. B+

Unni Straume's aptly titled "Music for Weddings and Funerals" is a story of death and rebirth as novelist Sara (Lena Endre), long reclusive after the death of her young son and divorce from her architect husband, begins to come alive again. She lives in a modernist house designed by her husband, Peter (Bjorn Floberg), and rents the basement out to a expatriate Serb musician whose gypsy orchestra awakens her from her unrequited grief even when her ex unexpectedly kills himself. His death becomes a catharsis for Sara and she finally seeks the comfort and company of others. The music of the title neatly complements the opening of Sara's heart and mind as her tenant, Bogdan (Goren Bregovic), also opens her home in a charming and beautiful way. B