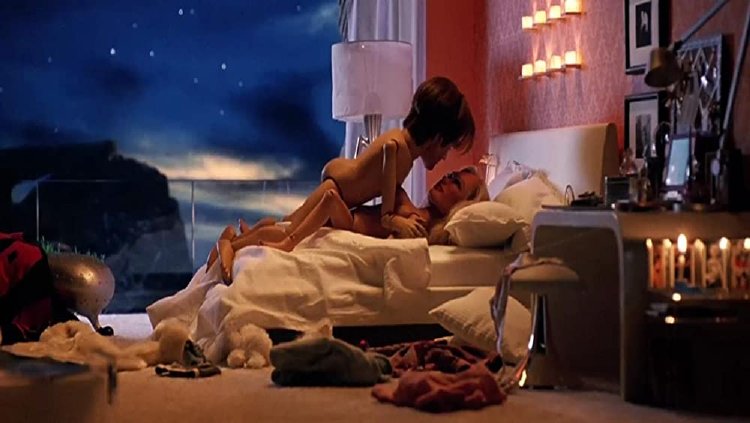 Terrorists have invaded Paris and are threatening to unleash a Weapon of Mass Destruction upon the City of Lights. Until, that is, the good guys arrive and bag the bad guys – destroying the Eiffel Tower, the Arc de Triomphe and the Louvre in the process. But, it’s just another day of saving the world for “Team America: World Police.”

South Park” creators Trey Parker and Matt Stone forgo the “colorform” characters that made them famous and enter the realm of puppetmasters with “Team America.” The film begins with a “gotcha” that must have smoked the Paramount Picture execs when their first glimpse of the film shows a cheap marionette against a chintzy drawing of Paris. As the camera pulls away, though, we are treated to a beautifully detailed and rendered Parisian setting where Team America arrives to kick terrorist butt and take names.

The influence for “TA:WP” comes from the 1964 TV series “The Thunderbirds,” the fourth of Gary Anderson’s supermarionation productions using marionettes in place of live actors. That sci-fi series, about a group of dedicated professionals tasked with saving the world from bad guys, is liberally borrowed from by Parker and Stone. The result is a fast-paced, fun, often bawdy concoction that has the Team America gang pitted against North Korean dictator Kim Jong-Il and his exportation of WMDs.

Parker and Stone’s attempt at their own brand of supermarionation is an inspired laugh-fest that pays due homage to its source material but with a new millennium spin that extends the often raunchy humor of the “South Park” series and feature. Expect adult-level cussin’ and swearin’, marionette sex, biting satire, out loud laugh gags and some pretty fine production values in “TA:WP.”

P&S eschew the usual CGI that is taking the place of craftwork in animated films, lately – excepting “The Incredibles” which is both fine craftwork and wall-to-wall computer animation – and use straightforward marionette puppet work. Aside from technical improvements in the world of marionettes such as natural looking skin and subtle use of expression, “TA:WP” could be a feature version of “The Thunderbirds” of 40 years ago (sans the swearing and sex). The jerky movement of the puppets is used to good effect by the makers to elicit a laugh now and again.

I don’t want to go into the story nuts and bolts. I’ll leave that to the viewer to experience and enjoy. Expect the aforementioned raunchiness, foul language, political satire, numerous songs – like “America, F*** Yeah!” and North Korean dictator Kim Jong-Il’s “I’m Ronery” – puppet sex, violence, liberal and conservative lambasting and a bunch of fun.

Parker, Stone and company reportedly had to go to the MPAA rating board nine times to get the NC-17 tag changed to R because of the puppet sex. All I can say is, what did they cut out to get the R? The MPAA really has to do a reality check. After all, it is puppets, not people, we’re talking about here. Who is the board protecting?

Buckle your seatbelts, it’s going to be a bumpy ride” about sums up “Team America: World Police.” It’s a roller coaster ride that works most of the time and keeps the laughs coming. It bogs down a bit in the middle, but the liberal actor-activist bashing makes up for it.