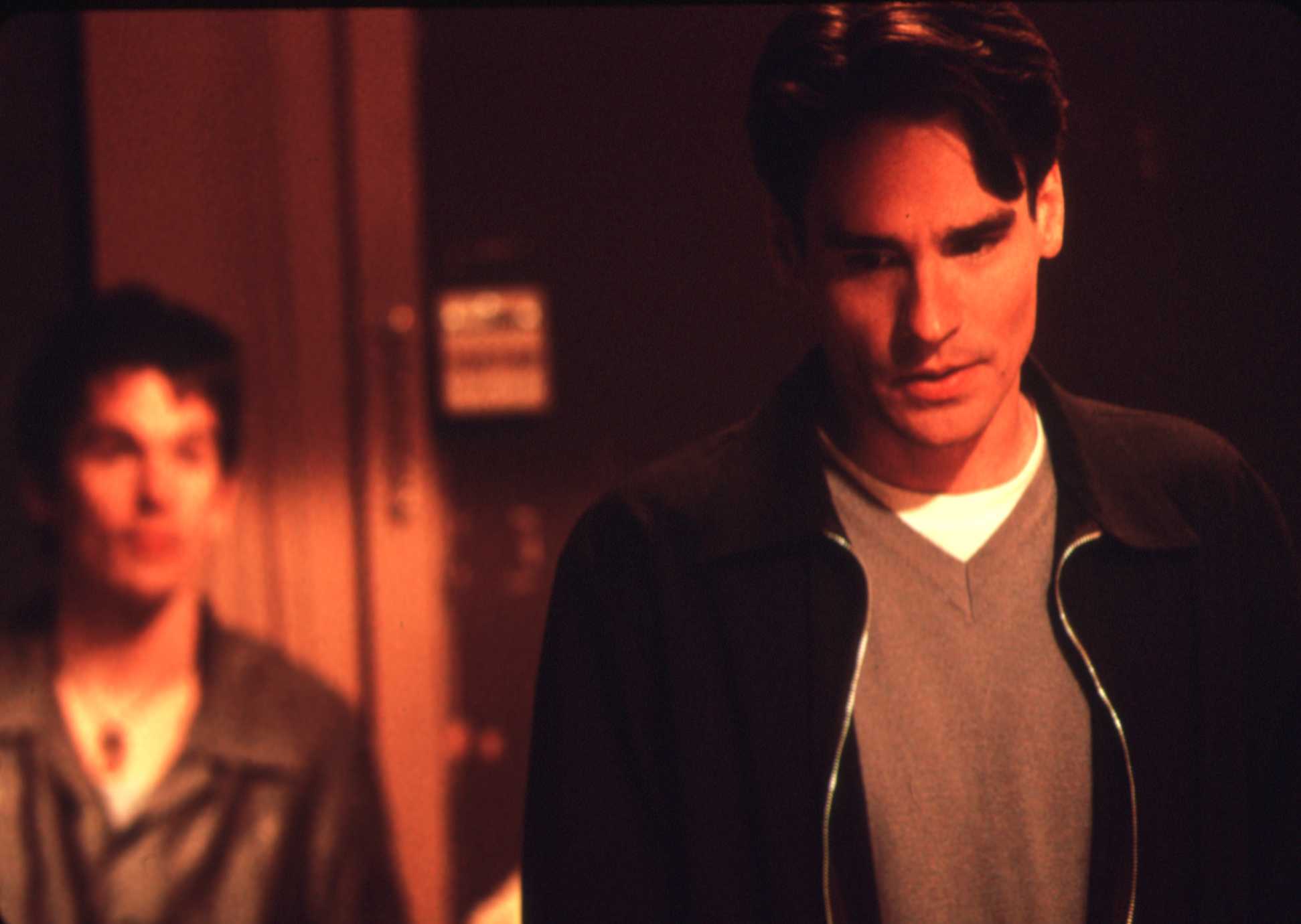 When Jon (Robert Sean Leonard, "Much Ado About Nothing") returns to his hometown of Lansing, Michigan as a rookie director represented in the town's film festival, he meets up with his old high school buddy Vince (Ethan Hawke, "Snow Falling on Cedars") who's also flown in for the event. Once Jon's arrived at Vince's motel room, pleasantries quickly devolve into character judgements. Mounting tension is escalated when Vince accuses Jon of not only stealing his old girlfriend Amy (Uma Thurman, "The Golden Bowl"), but of raping her. When Vince finally gets Jon to admit the truth, he announce's Amy's imminent arrival, then tells Jon he's captured their entire conversation on "Tape."

Adapted from his one act play by Stephen Belber, director Richard Linklater ("Before Sunrise") uses digital video technology to capture an intense character study in real time. This is an actors' piece and the cast of three thrive in its environment.

We first meet Vince, a small time drug dealer/volunteer fireman, burning off his manic energy with inter-bed pushups. Jon, a seemingly more well-adjusted young man, is dismayed to learn that Vince has broken up with Lynn, his long time girlfriend, but agrees with her assessment that Vince 'has issues that manifest themselves in violence.' This begins a debate that clearly shows Jon believes Vince is beneath him, an unambitious, immature slacker, even as Jon back-pedals his words. Vince, denying said charges while shooting beers and rolling joints, slowly turns the tables on Jon, making us reevaluate the other character as perhaps having a weaker moral fiber.

But "Tape," never letting us rest, soon has us questioning Vince's objectives. When Amy, a local assistant district D.A., arrives on the scene, things become awkward until she's assessed the situation and gains the upper hand. Amy has yet a third take on their high school days before she makes a telephone call that will once again spur character defining actions.

Ethan Hawke, an actor who recently has delivered moribund performances, is charged as Vince, at once an overactive adolescent and pothead philosopher. Linklater should remain Hawke's director of choice as he hasn't been this good since "Before Sunrise." Robert Sean Leonard deftly digs a hole of Jon's own making, constantly trying to spin himself as a nice guy while his true nature seeps out between his words. Uma Thurman has less time to flesh out her character, but makes her Amy's flip flop, from vulnerable to victorious, believable although she never attains her costars level of empathy.

Belber's clever writing shifts our perceptions constantly throughout the film, while cinematographer Maryse Alberti ("Joe Gould's Secret"), limited to the space of one motel room, keeps the visuals interesting and diverse, only stumbling with the choice of some whiplash pans late in the action. Linklater's direction is tight and he gives us a laugh on our way out with the witty selection of Brenda Lee's "I'm Sorry" playing over the end credits.

"Tape" may be an actors' exercise, but Linklater and his cast make it a workout worth watching.