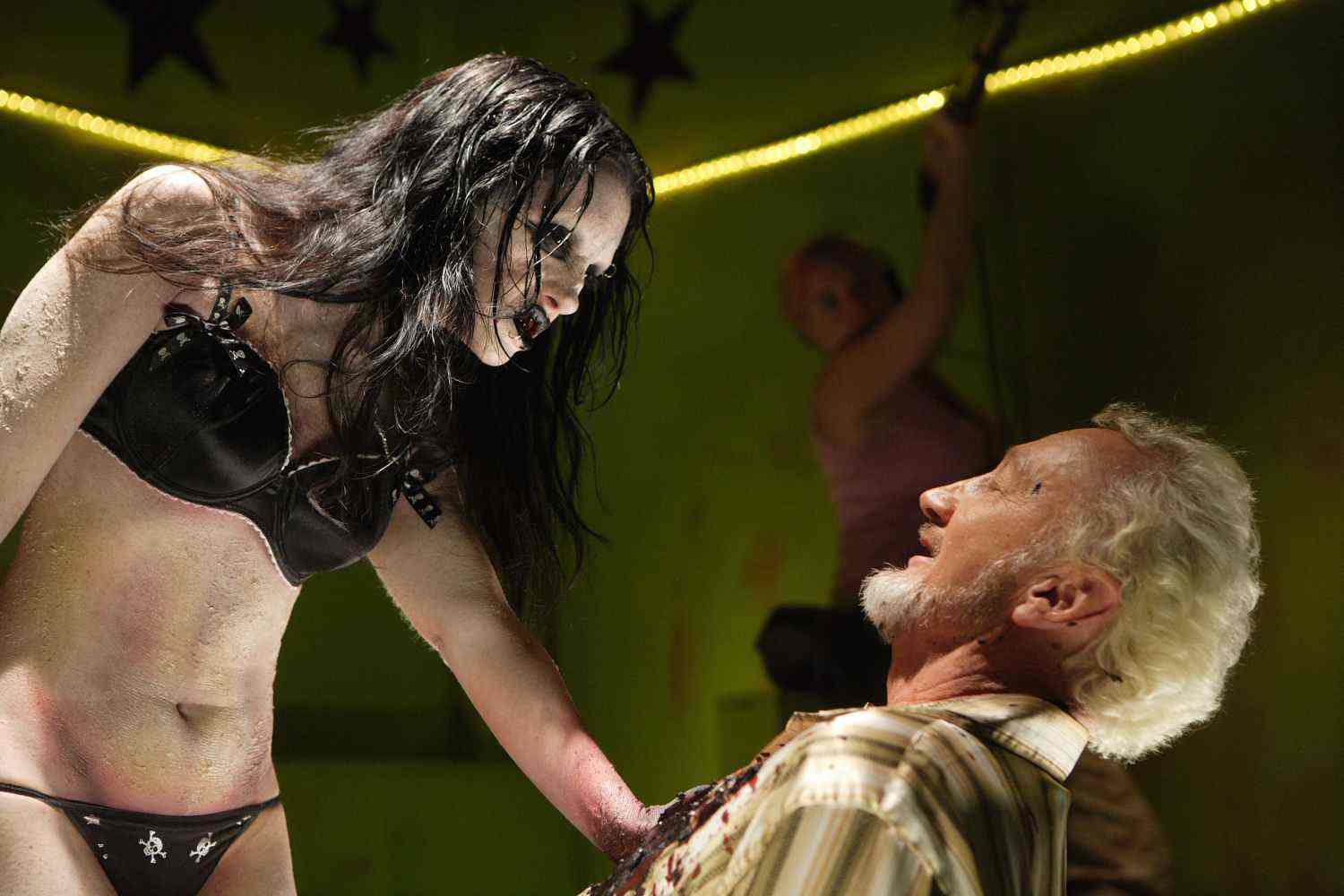 A top-secret government chemo-virus program to re-animate dead flesh inadvertently gets released in the unsuspecting town of Sartre, Nebraska. When a carrier of the virus ends up in an illegal underground strip club, the result is “Zombie Strippers!”

Zombies have been a staple for the horror film genre for many years, especially after George Romero’s excellent 1968 cult classic “Night of the Living Dead.” However, comedy zombie movies are a rarity with “Shaun of the Dead” and Peter Jackson’s “Dead Alive” the only ones I can think of. (OK, some may say Romero’s zombie franchise has very dark comedy in their number.) Tyro helmer Ruben Fleischer and first time screenwriters Rhett Reese and Paul Wernick place their “Zombieland” among those few. Thing start out in your face as we learn, via Columbus’s voice over narration, that zombies have taken over the world. He tells us about his rules for survival as he journeys toward his home in, you guessed it, Columbus. He is not a brave man, and is the first to admit it, but has great survival instincts that have kept him from becoming a zombie meal. His rules have made life, as it is, possible. For instance, Rule #2: double tap. If you put a zombie down with one shot, always make the second, insurance shot. Or, Rule #4: fasten your seatbelt. “It’s going to be a bumpy ride.” These and other personal laws are delivered throughout the story in a clever, funny way. If there are two people still alive, there must be more, and there are. Columbus and Tallahassee, after a nasty zombie attack, run into two other survivors, Wichita (Emma Stone) and Little Rock (Abigail Breslin). The girls, though, have their own agenda – to take young Little Rock to the Pacific Playground amusement park – and dupe C and T into giving them their guns and take Tallahassee’s Prize Esplanade, too. However, fate takes a hand and they cross paths again, this time realizing they need each other to survive. This all sounds straightforward. So, where’s the comedy? Well, part of it is the small, hilarious ensemble cast. Eisenberg, Harrelson, Stone and Breslin have great chemistry and their individual comic abilities are obvious, making this a fun ensemble. Combine these talented actors with a laugh-out loud script, deftly handled by newcomer Fleischer and we get is a very funny horror comedy that, at once, grosses you out and vigorously tickles the funny bone. And, there is a surprise guest cameo performance that adds another layer to hilarity to a very funny horror comedy. Keep it a secret, though, so everyone can enjoy the surprise. It is nice to see new blood in the comedy movie field, especially horror movies, and this writing and directing team should have a long and happy career ahead of them. “Zombieland” is a great calling card, not because it shows potential, but because it fulfills that potential. Laugh-out-loud is a good thing in a comedy and this one has plenty.