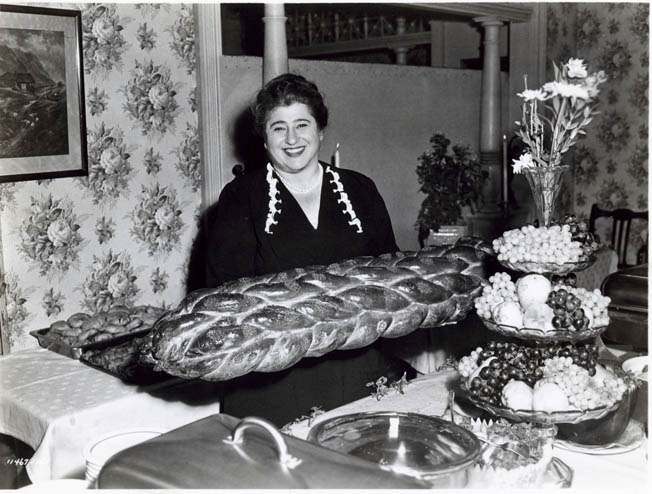 Gertrude Berg: the most famous woman in America that no one knew. Documentary filmmaker Aviva Kempner has taken on a true labor love in telling the remarkable story of a first generation Jewish woman who pioneered not one but two fledgling entertainment industries – radio and television – but no one remembers her, until now, in “Yoo-Hoo, Mrs. Goldberg.”

Although Aviva Kempner breaks no new ground in the documentary format, his traditionally constructed work features an astonishing subject and Kempner leaves no stone unturned in giving layers of dimension to Gertrude Berg, who could almost be described as the Eisenstein of sitcom television production. A truly amazing woman broke incredible ground and the fact that she will be a new discovery for many marks "Yoo-Hoo, Mrs. Goldberg" as one of the best documentaries of the year in a year crowded with them. The film is highly entertaining too. How could it not be when it features a Jewish woman who left a successful and important post in the family restort business at the age of *fifteen* to strike out on her own, got her first job shilling Christmas cookies in Yiddish and eventually remade the image of the Jewish mother for modern times.

Someone at Warner Bros. Pictures must have thought that recreating the long running television cartoon classic, Hanna-Barbera’s “The Yogi Bear Show,” was a good idea. What, now, with high tech CGI and 3D it has to be a cinch to brew something up. Unfortunately, any 30 minute episode of the TV show is funnier and more entertaining than this dull remake. It is telling that, at a promo screening of “Yogi Bear,” silence prevailed from child and adult alike. Usually, even a bad kids’ animation films can elicit at least a smile once in a while. Not so here. Anna Farris and Tom Cavanaugh are squeaky clean cute with ever present smiles and looks of wonder over the splendor of nature, even two talking bears. They are let’s-put-on-a-show-and-save-the-park kind of folk and, to celebrate Jellystone’s 100th anniversary, they are going to stage a jubilee, attract thousands of new paying visitors and pay off the park’s debt. Of course, the scheming mayor and his toady chief of staff (Nathan Corddry) are going to ruin the jubilee and elicit the aid of naïve, ambitious assistant Park Ranger Jones (T,J. Miller), who they dupe into sabotaging the big show. Oh yeah, all the while Yogi is devising bigger, more elaborate gadgets to pilfer his beloved pic-a-nic baskets with the help of sidekick Boo Boo. Yogi’s hijinks, as expected, threaten to ruin everything and lose the park to foresters who will lay the land barren. A happily-ever-after ending is expected, of course, so the tensions in “Yogi Bear” are benign. That pretty much sums up the film – benign and dull. There is nothing entertaining or funny for the parents in “Yogi Bear.” Heck, there is little funny or entertaining – no bright colors, no cutesy songs – for the little ones it is aimed at. Do yourself and the kids a favor, rent the TV series – go for the earlier ones, first – and spend a Saturday night, and a whole lot less money, with the family, all snuggled in your home. Even Anna Farris cannot save the film.