Who You Think I Am 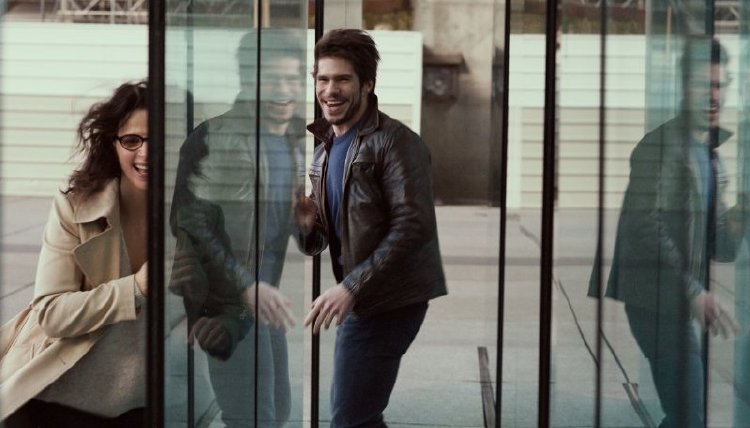 Divorced, middle-aged French literature professor Claire Millaud (Juliette Binoche) is frustrated one day when her younger lover’s roommate Alex (François Civil, "Frank") picks up the phone and jokingly keeps her from talking to Ludo (Guillaume Gouix), who’s been keeping her at arm’s length of late.  Claire creates a fake persona, Clara, on Facebook using a picture of a twenty-four year-old, to connect to Alex to spy on Ludo, but their connection takes a passionate turn in “Who You Think I Am.”

Featuring a bruised and vulnerable performance from the estimable Binoche, cowriter (with Julie Peyr)/director Safy Nebbou, adapting Camille Laurens' novel, uses a non-linear structure and third act piece of fiction to keep us off balance, like a magician’s sleight of hand.   The film, which begins as a middle-aged woman’s catfishing expedition as related to therapist Dr. Catherine Bormans (Nicole Garcia), becomes something far more disturbing and devastating as Claire opens up along with Nebbou’s aperture.

At first, Claire appears to be taking mischievous jealousy a little too far, smiling inwardly as she creates ‘Clara.’  Having learned Alex is a photographer, she makes her move by complimenting his work and is granted ‘friendship.’  It’s no surprise that she finds a number of pictures featuring Ludo with a younger woman, but it is a surprise at how quickly and strongly she bonds with Alex, who tells her she’s intriguing, despite or maybe because of her sometimes curious (i.e., age appropriate) phrasing, and keeps pushing for more.  Soon they’re engaging in hot and heavy phone sex and Claire is asking if Alex will ‘still love me when I’m old.’

When Alex informs ‘Clara’ he’ll be leaving for two months in Goa, she frets, but as he points out, this should have little impact on their relationship as they’ve never met face to face.  Absence nonetheless makes the heart grow fonder and Alex insists on meeting up upon his return.  Claire stands right in front of the young man who peers in every direction but hers, proving her point about the invisibility of older women.  Around this time, one begins to notice that Bormans seems to ask more questions than the average therapist, almost as if she’s conducting an investigation rather than allowing her patient to find her own way.  To say more would spoil the film’s many surprising, even shocking revelations.

On the surface, “Who You Think I Am” is a game of cat and mouse, Claire hiding behind her fake persona.  But the professor who is teaching her students such works as ‘Les Liaisons dangereuses’ is rebounding from more romantic betrayals than Ludo’s callousness, her therapy sessions intensifying along with her psychological profile.  Nebbou uses the reflective properties of large glass windows to underscore Claire’s double persona, also isolating her in a glass tube overlooking Paris in a dramatic drone shot at a climactic moment.   Doubling also occurs in more fantastical elements, like a car which overtakes Claire and Alex in her imagined version of events.

Binoche is extraordinary, conveying both Claire’s fragile emotions and fear of aging as well as her ripe sexuality.  She’s well supported, Garcia’s probing both pointed and compassionate; Civil’s Alex curious, intelligent and empathetic as well as desirable.  The film is buoyed by a lush, tragically tinged romantic orchestral score by Ibrahim Maalouf ("Yves Saint Laurent") and Nebbou wraps with a deliciously ambiguous ending.  “Who You Think I Am” is provocative, adult entertainment.