Who We Are: A Chronicle of Racism in America 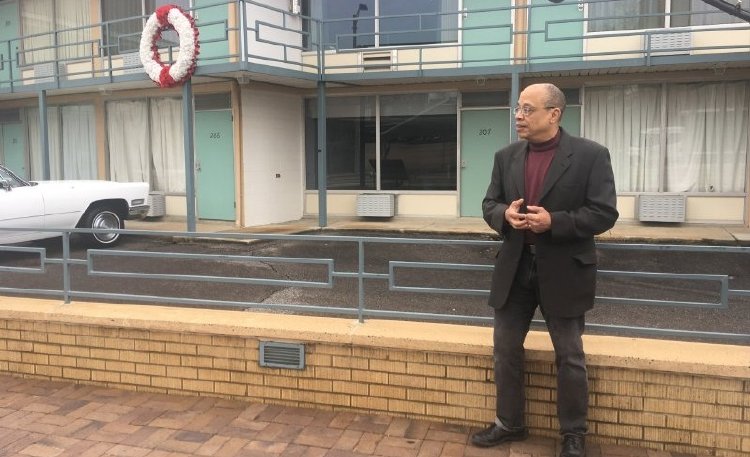 After forty years working as a criminal defense and civil rights attorney, Jeffrey Robinson delved into Black history in America and was shocked by the many things he hadn’t known.  Considering his top notch education at Marquette University and Harvard Law School, Jeff rightfully concluded that this history wasn’t being taught, and so put together a highly informative and deeply thoughtful collection of what he learned and took it on tour as “Who We Are: A Chronicle of Racism in America.”

This is the nation’s history which Republicans are desperately trying to hide from their constituents lest some enlightenment result in a truer democracy and writer Jeffrey Robinson is just the right tour guide, his concise insights cutting right through their rhetoric.  Directors Emily and Sarah Kunstler ("William Kunstler: Disturbing the Universe") take the “An Inconvenient Truth” approach, anchoring their film with Robinson’s 2018 performance at NYC’s historic Town Hall Theater, but breaking it up with visits to such places as the site of the MLK assassination, Edmund Pettus Bridge and Charleston’s Old Slave Mart.

While much of what Jefferson discusses might be known to his audience – things like Redlining or the Tulsa Race Massacre – it is how he’s structured his talk that really brings it home, finding a throughline from the naming of slave ships through the writing of the Constitution right up to today.  He identifies three major ‘Tipping Points’ where Black Americans were on the cusp of achieving equality, only to be set back to fight all over again – the end of the Civil War, the civil rights movement of the 1960’s and today’s Black Lives Matter movement, asking just what we are going to do about where we are right now.

Robinson, who appeared in the ACLU documentary “The Fight,” pinpoints White Supremacy in the language of our Constitution and makes connections to systemic racism throughout American history.  He deftly pre-engages those who would declare the removal of confederate monuments ‘our history,’ instead illustrating how they are symbols from another era and making the case for why a statue to George Washington, a slave owner, is an entirely different thing.  He engages his audience in an exercise on unconscious bias and shows examples of how the end results are just as devastating as they are for victims of the intentional kind.  The Emmet Till of yesterday is the Eric Garner of today, both men’s mothers bravely standing up for justice in the aftermath of their sons’ murders.

“Who We Are: A Chronicle of Racism in America” is such a rich piece of work, it could spin off a couple dozen documentaries focusing on individual talking points.  Robinson’s capped a forty year career fighting for justice in the courtroom with a new calling in the classroom.  This is essential viewing, arriving right on time for Black History month.

Jeffrey Robinson is a civil rights and criminal defense lawyer. But, he is also a historian, lecturer and author and gives use insight and revelations into the endemic racial discrimination that exists to this day in “Who We Are: A Chronicle of Racism in America.”

Going into watching “A Chronicle of Racism in America” I did not have any great expectations about new revelations on the subject. After all, I firmly believe that America is a racist nation whose (white, mostly) inhabitants do not see that it is an inherent part of our 400 year old culture. Also, as a student of history, especially America’s, I am very familiar with our real and systemic racism and did not expect much new. This, by the way, is by no way a complaint of “Who We Are.” For most, it is a treasure trove of real, not fake, information.

Robinson presents a thoughtful, detailed and honest assessment of America’s denied problem and maps out the history of slavery in America. He does this quite elegantly with his lectures and interviews with people on both sides. He also lays out, clearly and succinctly, the facts (not “alternative” facts) of what actually happened to people of color, from lynching to the murder of a black man for being “too successful.”

The intellectual concepts that Robinson puts forth are academic and full of information. This would still make “Who We Are: A Chronicle of Racism in America” a fine documentary of that racism. He takes it to another level in the film’s latter part by bringing all that he laid out and tells his story and how he, as a educated black man, has coped with America’s systemic racism all of his life.

Unfortunately, nearly half of the divided nation that we live in will deny Robinson’s copious research of history and collected documentation. At one point, while interviewing a Confederate flag-carrying “patriot,” he cogently makes the argument that America IS a racist country. The guy, in almost a single breath, agreed with Robinson and then denied that racism exists. This makes me fear that this honest and educational documentary of America and racism will fall on far too many deaf ears and blind eyes. It is their loss, as well as ours.

Sony Pictures Classics releases "Who We Are: A Chronicle of Racism in America" in limited theaters on 1/14/22, expanding in the following weeks.