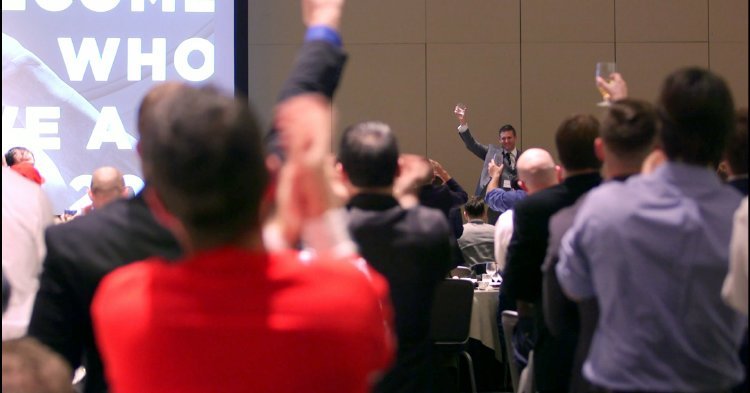 On Reeling #748, we’ve counter programmed two docs with similar titles, “White Riot” “Noise’s” opposite charting the formation of Rock Against Racism.  This one’s the more difficult watch, full of the most vile viewpoints the U.S. has to offer, but Lombroso’s chosen three intriguing subjects in that each is exposed as either a complete hypocrite or just plain pathetic or both.   All are clearly narcissists. Unfortunately, that the people behind this misogynistic and white supremacist messaging have feet of clay will mean nothing to those that have embraced their ideology.  Pandora’s Box has been opened.

Take Southern (why are all these right extremist women blonde Barbie dolls?), whose opening argument here – that she wouldn’t want Denmark to have Danes in the minority – is completely half-baked and ignorantly simplistic when used in comparison to the United States, a self-proclaimed ‘melting pot’ of immigration.  It is chilling to watch her out on a date with a man who believes procreating should be a duty first and pleasurable as an after thought.  After ducking the limelight for a while to ‘protect herself,’ she goes out to interview refugees in Europe and we can see the confusion in her eyes when her own ideas are subjected to real world truths.  We learn she is now pregnant, the father is not white, yet the 22 year-old carries on parroting her ‘European’ preferences.  (Her most hilarious claim?  That she was a minority in her own high school as we view a sea of white faces in page after page of her high school yearbook.)

Cernovich is a real beaut, a guy who denies the validity of white male privilege, preaches predatory behavior towards women and equates diversity with white genocide.  He is also married to an Iranian Muslim and can’t even define his own agenda (he takes a stab as ‘mischief maker’), but goes on a speaking tour about the power of positive thinking when he’s not shilling dietary supplements, much like  his fellow con man Trump and his embrace of Norman Vincent Peale.  He tries to define his financial dependency on alimony from an ex-wife as ‘alpha male’ behavior.

He’s also dissed as a charlatan by perhaps the most famous of this documentary’s subjects, Richard Spencer.  The man who inadvertently became the picture boy for the ‘Punch a Nazi in the face’ meme screams ‘Hail Trump’ to a hall of Nazi salutes and refuses to take any responsibility for the bloodshed in Charlottesville.  After having declared himself ‘bigger than the movement,’ he’s annoyed that he’s been accused of narcissism.   He’s also been accused of physical abuse by his ex-wife and now lives with his mother, trying to raise money on GoFundMe.

When confronted with the horrors their words have incited, each waffles, walks back or folds, each and every one a coward of their convictions.  Lombroso’s is a far ranging, illuminating portrait – ‘Pay no attention to that man behind the curtain!’

Documentary filmmaker Daniel Lombroso tries to answer the question of “Why white power and the alt-right in America?” To attempt to answer that question, the director followed and interviewed three proponents of that ultraconservative movement in “White Noise.”

The subjects of this insightful document on the (to me, nauseating) alt-right movement in the US are both known – Richard Spencer, the organizer of the  Charlottesville horrors of 2017 – and not so known – conspiracy theorist Mike Cernovich and anti-feminist and anti-immigration “activist” Lauren Southern.

I may be a white male American but I am NOT a member of the alt-right movement and certainly against the hate and division it causes. As such, it was with clenched stomach that I watched director Lambroso’s subjects spout their hate-filled rhetoric against anyone who is not “European” – AKA, white.

I think I suffer too much from what Trump has done to dismantle our nation and its great experiment in democracy. It is both fortunate and difficult to watch, but “White Noise” does its job in exposing the alt-right movement for what it is – a hate-filled, racist, misogynistic organization that is determined to destroy democracy in favor of bigotry and hate. “White Noise” is not a pretty picture but one we must look at, for our own sake.