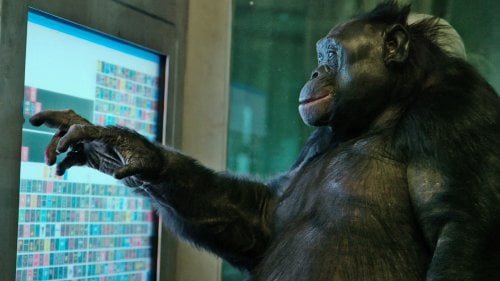 Animal rights lawyer and activist Steven Wise has been fighting for non-human rights for 30 years. In 2011, he and his team at the NonHuman Rights Project upped the ante when they filed law suits on behalf of four captive chimpanzees. Their goal was to prove to the courts that animals have the rights of a “person” in “Unlocking the Cage.”

For decades, animal rights lawyer Steven Wise took on individual cases on the behalf of cats and dogs, but with 160 animals being killed with every beat of his heart he decided to reach higher. Along with his team, the Nonhuman Rights Project (NhRP), Wise began to fight for personhood rights for cognitively complex animals like elephants, chimpanzees and dolphins. In December 2013, Wise and his legal team filed three lawsuits using writs of habeas corpus to attain the release of four chimpanzees. Wise is "Unlocking the Cage." If you've been noticing more animal rights laws passing lately, Wise, who received national media coverage for his efforts, more than likely has a lot to do with it. Part distressing coverage of the animals Wise is trying to help, part fascinating courtroom legal debate, codirectoring couple Chris Hegedus and D.A. Pennebaker ("The War Room"), like Wise, keep their eyes on the prize and deliver a richly rewarding documentary. 'We may be the only lawyers on earth whose clients are all innocent' reads the tag line for the Animal Legal Defense Fund poster seen in Wise's home office. The filmmakers then follow Wise as he searches for candidates to push his agenda. Merlin and Reba are chimpanzees at the Bailiwick Zoo, a facility which also offers paintball. They find Merlin alone and severely depressed three days after Reba's death. Later, Wise's team member Natalie Prosin returns only to find a bear in his enclosure, Merlin, too, having passed away. They will continue to be frustrated, especially with the sad case of Tommy, the chimp who starred in "Project X" and is now kept caged inside and alone with only an old TV for company. We're also given amazing evidence of just how intelligent these fellow creatures are, from chimps using computers to conversing with researchers using sign language. (Although we see Wise asking researchers for their assistance as courtroom witnesses, the fact that these researchers will lose their subjects should he be successful is not addressed.) Eventually the team settle on Hercules and Leo, two chimps in an ambulatory study at Stony Brook and the legal drama begins. Wise has to sidestep many pitfalls in his arguments, judges frequently citing the animal welfare laws which have failed him in the past. One judge takes exception to Wise's comparison of the apes' situation to those of slaves (he also cites former laws which excluded similar rights for women and children). The documentary couldn't be more timely with the Cincinnati Zoo's shooting of Harambe and presidential candidate Bernie Sanders's fight to change a broken system from within. Heartbreaking and heartening in equal measure, "Unlocking the Cage" is a profound examination of animal rights issues and a stirring portrait of a heroic activist. Grade:

Oh, boy! A Jet Li actioner with a heart! Who would have thunk it? Unleashed” isn’t great cinema. It’s all black and white, without shading, as Bart, the baddest of bad guys, treats Danny, quite literally, as his attack dog, caging his ward and feeding him from a bowl when not using his killing machine for maiming and mayhem. Danny the Dog (the film’s original, and better, title) is uneducated, except on how to kill, and acts just as he has been treated since a boy taken in by Bart - like an animal. Danny’s life of caged quiescence and intermittent violence is changed when he meets blind piano tuner Sam (Morgan Freeman), the first person to show him any compassion. When the unexpected happens and Danny is freed from his enslavers he seeks out Sam for help. With no questions asked, Sam nurses the injured, quiet man back to health and, with his stepdaughter Victoria (Kerry Condon), brings Danny into their family. But, just when he thinks he’s free and happy, Danny gets dragged back into his old life. Except, he is not that other person anymore. Unleashed” is a better film than it has a right to be. The good guys, Sam and Victoria, are way too good to be true. And, Bob Hoskins has no redeeming values whatsoever as Bart. But these are the very things that make Jet Li’s “acting” debut so enjoyable and entertaining. The martial arts master, in a role made up mostly by expression and body language, does a darn good job as the mistreated and misused Danny. Freeman, Hoskins and Kerry Condon are given two-dimensional characters but the actors give that extra something to flesh them out considerably. Bob Hoskins isn’t given anything new to do but relishes in the role of the unrepentant Bart. Morgan Freeman could do kind-hearted Sam in his sleep but he, too, is able to make the to-good-to-be-true blind piano tuner believable. Condon is near simple-minded as Victoria but I mean that in a good way as she uses her music to sooth the savage Danny. As you would expect, the fight scenes are a-plenty and, in a departure from the current trend to wirework martial arts effects, uses traditional Hong Kong Kung Fu. Sure, Danny is attacked by 8 or 10 bad guys but they, obligingly, always come at him one man at a time. But, it sure is nice to see the old action stuff made fresh again by Jet Li and stunt coordinator Philippe Guegan. The rest of the techs are equal to the task. Sophomore director Louis Leterrier showed some promise in his debut flick, “The Transporter,” which had elements of humor mixed with the action. That film petered out before the end but Leterrier learned a thing or two (plus having some fine thesps to work with). “Unleashed” has humor injected throughout and has a simple, entertaining story (by Luc Besson), too. Unleashed” crosses that boundary that would normally relegate a Jet Li film to the 14 to 24 male demographic and should appeal on many levels. It does its job and does it well.