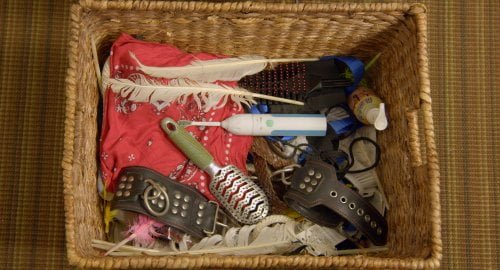 New Zealand journalist David Farrier surfs the web for unusual, off-beat stories. He comes upon one about a mysterious competitive tickling contest. Intrigued, he delves further into the odd “sport” and finds a story that is far darker than he could have possibly expected in “Tickled.”

New Zealand pop culture reporter David Farrier was cruising the Internet in search of a story when he came across a site advertising competitive endurance tickling. But his simple query of L.A.'s Jane O’Brien Media returned a vitriolic response slamming his sexual orientation and threatening legal action should he pursue his story further. Digging further, he found that Jane O'Brien Media's website was owned by a German company that listed over 300 tickling related websites. He decided to make a documentary with Dylan Reeve, who encouraged him not to stand down to a bully. Then the cease and desist letters began to arrive. At first, "Tickled" is kind of queasy making, Farrier using some of the many videos of young men in bondage being tickled. Once he and Reeve get past this aspect, though, and begin to follow the videos' trail, things get really interesting. And even weirder. We learn of young boys, usually students or those from economically depressed areas, being offered plane flights, money (often in the thousands of dollars) and expensive gifts for appearing in these videos. But once they no longer want to participate, things get ugly, videos posted online, smear campaigns begun. There is the infamous 'Terri Tickle,' a woman with seemingly unlimited funds, who may be behind all this. Eventually, Farrier gets his hands on a zip file that reveals the truth. It's astounding. It's also infuriating, another case of wealth corrupting justice. "Tickled" raises an awful lot of questions. It answers some, but one wishes the filmmakers had gone farther, taking their findings to the F.B.I. Farrier is still being harassed, his subject sending representatives to festival screenings. Two defamation lawsuits filed against the filmmaker have been dismissed. Grade:

Here is a prime example of the old adage, “Fact is stranger than fiction.” David Farrier stumbled upon a story that, at first, seems innocent enough. After all, what harm can there be in ticking? Farrier and co-director Dylan Reeve start the bizarre tale with a steady stream of tickling competition videos. The first thing you note is that all of the competitors are young men. This intrigued the filmmakers and they decided to make this documentary. Once they get past the S&M, B&D vids of young men strapped down and immobilized and its homoerotic nature, the good part of “Tickled” kicks in. Farrier and Reeve turn their attention from the fetish to those who run such competitions – which has reached international status. The ensuing detective story follows Farrier as he digs to the bottom of this strange and, to me, sick business. The search for who is responsible, where the funding comes from and all the other details of an in-depth investigation is handled in a conventional documentary way. It is a case of good journalism and a weird and, until now, little known fetish that is the draw. There are many different directions taken but the filmmakers succeed in focusing them all in the end.