Things We Lost in the Fire 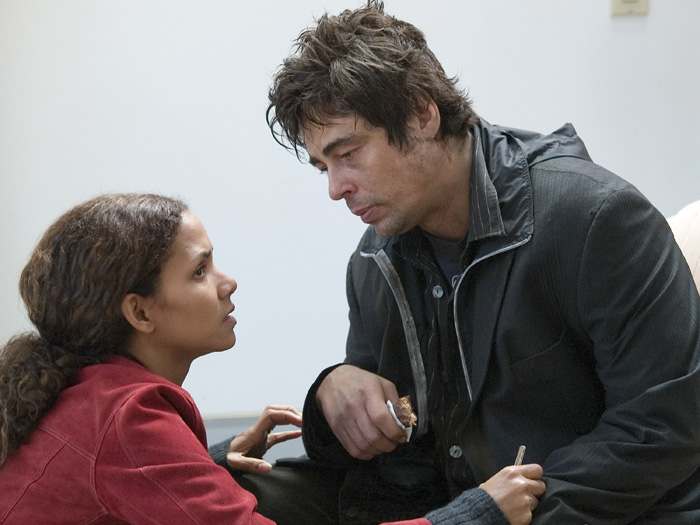 Audrey Burke (Halle Berry) worries every time her husband, Brian (David Duchovny), goes into the inner city to visit his junkie friend, Jerry (Benicio Del Toro). But, it is when he heads off to the local ice cream shop that she should really fret. Brian tries to stop a wife beating and is murdered for his attempted good deed. Audrey, now alone with their two children, is beyond grief and turns to Jerry to help her come to grips with the tragic loss in “Things We Lost in the Fire.”

After being treated to her powerhouse performance in "Elle," a role seemingly designed for no one else but her, Isabelle Huppert now offers us something very different, a portrait of a woman battered by events, emotional and raw. This extraordinary actress delves into a character whose experiences which would depress the best of many, yet Huppert comes through like a butterfly escaping a cocoon for an unprecedented second start on life. The film begins with a scene from happier days, as Nathalie visits the coast with her family. Heinz, Chloé (Sarah Le Picard, "The Hedgehog") and Johann (Solal Forte, "The Family") have gone ahead as she stops to read a plaque about the famous French writer who wished to stop in the spot, hearing only the sea and the wind. 'Respect his wish,' the plaque advises and she does, opening herself to the experience, a slight smile on her face. Several years later, we witness a busy woman, teaching classes, meeting with her textbook publisher and managing a home. In the middle of the night her husband groans when the phone rings, knowing it will be another call from her needy mother Yvette (Edith Scob, "Summer Hours," "Holy Motors"). She has a practical response to a student protest, shepherding her students through it, only to discuss democracy and revolution, apparently without irony. She slams an attempt to 'modernize' the cover of her textbook, while picking up a dozen copies of a plainly clad former student's work at his behest. Her husband doesn't like Fabien (Roman Kolinka, "Eden"), insisting he only pays Nathalie attention when he needs something. No sooner has Heinz moved out, than Nathalie's interrupted while leading a lively outdoor debate - her mother is attempting suicide. She moves her into a home with twenty-four hour care. A creep stalks her in a movie theater, following her onto the street. She mourns the loss of her garden at Heinz's family beach house. Another phone call, her mother has died after a fall. When she reads a passage from Fabien's book at Yvette's funeral service, we see why she is intellectually smitten, the passage looking to nature for answers. The woman who has always responded to her mother's fears now tells us how Yvette was abandoned as a child. We see her weeping on a bus. Then she decides to take Fabien up on his offer to visit to the country farm he has moved to from Paris. It is another depressing interlude as she fails to fit in with these young anarchists, a woman out at night calling for her mother's cat, Pandora. But by having been challenged by Fabien, who Nathalie clearly has designs on, the older woman finally finds her path to freedom. Writer/director Mia Hansen-Løve ("Eden") gives her protagonist little recourse yet Huppert uses these life challenges for mind expanding introspection. The actress adds more warmth and emotion to her chilly intellectual style of expression. But she hasn't gone all soft, as we see Nathalie's efficient third act shutdown of Heinz's self-serving self pity. Her flirtatious fishing with Fabien is embarrassingly obvious, but the handsome Kolinka is an excellent foil, initially appearing just as Heinz describes him, later wise enough to question his own hard line judgement. Hansen-Løve may pile on the obstacles, but her film is never melodramatic, instead a realistic portrait of a woman whose full life orbits around her, shifting her axis. Grade: