The Year of the Everlasting Storm 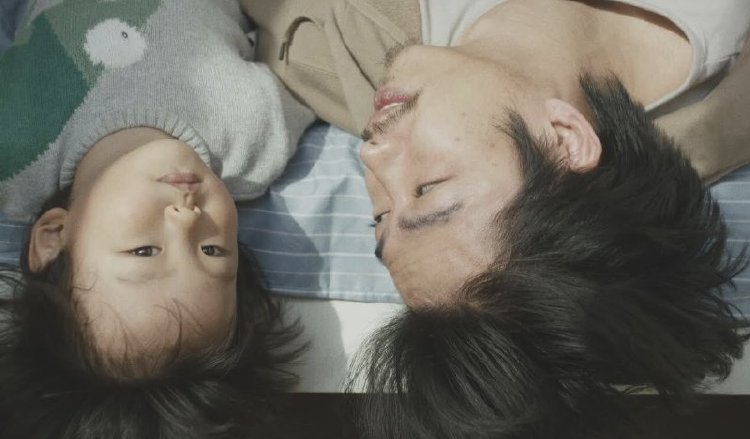 When international filmmaking halted in March, 2020, a group of producers, inspired by what Jafar Panahi accomplished in his own apartment after his arrest with 2012’s "This Is Not a Film," invited seven filmmakers scattered around the globe to make a film about the pandemic restrained by a list of rules based on CDC guidelines.  Not all those rules, such as one disallowing public spaces, were followed due to differing international approaches and each filmmaker offers a unique perspective on “The Year of the Everlasting Storm.”

As it turns out, Jafar Panahi was the first filmmaker the producers reached out to and he not only joined their ranks but directed and stars in the first segment ‘Life.’  I for one was thrilled to see that nine years after “This Is Not a Film,” the Panahi pet iguana Iggy is not only still with us, but an important costar here, a point of contention between his indulgent, affectionate owners and Panahi’s 90 year-old mother, who shows up unexpectedly and hilariously wrapped in PPE and armed with sanitizing sprays.  While Iggy is now so old he’s hand fed a puree concocted by Panahi’s wife, he’s still intently interested in the pigeon eggs which have been laid on their balcony.  Meanwhile Panahi’s mom, who bangs her cane to keep Iggy away, is distraught that they’ve allowed their daughter Solmaz to go to school in Europe and breaks into tears during a phone call with her before pulling out her ‘life’s savings’ and instructing her son on how to distribute this jewelry.  The film’s last shot, one Panahi is called to capture by his wife, is delightful.  This warm and humorous entry celebrates our continuity.

Moving from Tehran to Tongzhou, Anthony Chen’s ("Wet Season") ‘The Break Away’ also features a family in an apartment, yet couldn’t be more different than Panahi’s film.  Here a young wife grows increasingly exasperated and distant from her husband after he loans money to a friend expecting a baby then learns his recent car sales have been cancelled as has his job.  As she continues with her telemarketing job from home, she finds him a failure keeping an eye on their adorable toddler Xiaohao, and, after observing him outside, keeping them safe.  Chen’s piece illustrates how close quarters and financial difficulty stress a marriage which may have been on rocky ground to begin with.  This is another piece with a perfect final shot.

The first U.S. entry comes from California where Malik Vitthal ("Body Cam") looks at a family separated not by COVID, but by the courts.  ‘Little Measures,’ the only segment to use animation, follows father Bobby Yay Yay Jones doing his best to stay in the lives of his three kids, all in separate foster homes seven years after a contentious divorce.  We never learn just what happened, but it is not hard to believe we are witnessing systemic racism in play given Bobby’s clear love and wise words for his kids.  By the time we leave them, the three kids are together again and living with family, but COVID continues to delay Bobby’s court date.

The slickest looking segment comes from “Citizenfour” documentarian Laura Poitras working with Forensic Architecture from her NYC apartment.  Quarantined with the type of equipment that allows her to feature drone shots, Poitras is spending the pandemic investigating the technological virus unleashed by Israel’s NSO Group’s cyber weapon Pegasus, used for such nefarious ends as locating Jamal Khashoggi and targeting human rights activists, lawyers and more via their phones.  Poitras, herself the subject of surveillance after contact with Edward Snowden, uses Zoom calls and 3D chart graphics as she and her colleagues discuss the wide reaching effects of a private business selling state level surveillance software to dubious clients, especially as the company begins to pitch pandemic contact tracing software.  ‘Terror Contagion’ might include a bit too much information in too short a time for those not already familiar with the Pegasus scandal and feels like a glimpse into a longer format work.

We head to Chile for the last of the seven shorts to feature phones prominently.  "Too Late to Die Young’s" Dominga Sotomayor features a single mom living with her dog Rita, until she finds her daughter camping on the side of the road and insists she come home (where her daughter will continue to reside in a tent erected indoors).  As the middle aged mom records her segment of a song, she’s interrupted with the news that her other daughter has given birth and the two drive through the deserted city to deliver a gift via pulley to the new mother’s balcony.  That evening the new grandmother lies with her phone in the dark, watching herself and six others’ voices combined into one chorale in ‘Sín Titulo, 2020.’

In Texas, David Lowery ("The Green Knight") serves up a dystopian follow up of sorts to his “A Ghost Story” in his segment ‘Dig Up My Darling.’  A middle-aged woman wearing an Evil Dead tee goes through a storage unit and takes a box of letters.  As she begins reading them in the cab of her pickup, we hear a gunshot in the background and the voice of their author addressing telling Clyde that her brother did not make it.  The woman has been given a macabre task to honor her dead in Lowry’s futuristic spin on how COVID overwhelmed morgues and funeral homes.

Apichatpong Weerasethakul’s ("Cemetery of Splendor") segment ‘Night Colonies’ is a mesmerizing allegory for the virus.  A bed inside a porch-like structure is surrounded with tubular lighting which draws all sorts of insects, ‘bugs’ invading humans’ space.  We hear news reports in the background.  A human hand appears to brush away a beetle.

It is only these last two segments which do not prominently feature phones and their screens (although we hear the mention of a mobile contact in Weerasethakul’s), the primary resource for maintaining human contact itself given a virus in Poitras’s piece.  Isolation and separation are evident in all and yet each film is distinct and surprisingly different given their same starting points.  Anthology films are notoriously difficult to pull off successfully, but “The Year of the Everlasting Storm” presents seven distinct voices addressing a common theme on a spectrum running from linear narrative to experimental art without a dud in the bunch.

Neon releases "The Year of the Everlasting Storm" in theaters on 9/3/2021.