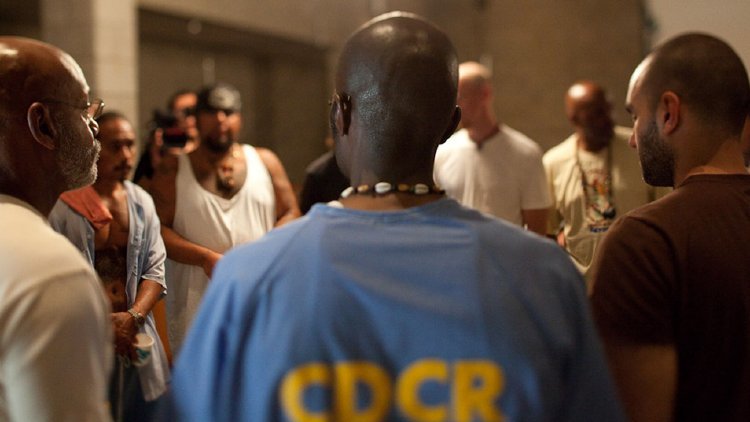 Folsom State Prison in California has sponsored a group therapy program aimed at rehabilitating its most hardened inmates. Meeting weekly and for over 20 years, the inmates in the program have helped each other cope with their incarceration and, twice each year, they invite “outsiders” to observe and participate in “The Work.”

Co-directors Jairus McLeary and Gethin Aldous bring their cameras into the single room that will be the workplace for the inmates as they help each other through the numbing ordeal of years, even decades, long confinement. “The Work” is a tough love story as those so closely confined bare their souls to each other (and the all-seeing cameras) as they talk through their lives and the crimes that brought them to Folsom. The outsiders – three civilians who volunteer to participate directly in the four-day session with the hardened criminals - allowed to attend the therapy represent, in a way, the viewer as they observe and participate in the sessions over the days of intense bearing of souls. The depth of the emotions that the inmates (and the visitors) experience is shown in all the raw, often violent intimacy of men who agree to show and cope with their deepest feelings in front of the camera. It is often harsh and frequently violent but it is a fight against of those demons that made many of these men what they are. The program, over its decades, has resulted in the rehabilitation and release of some 40 inmates who participated. The filmmakers proudly tell us that none of these men has returned to prison. Their story of rehab may not appeal to all but it is a story worth hearing and seeing.