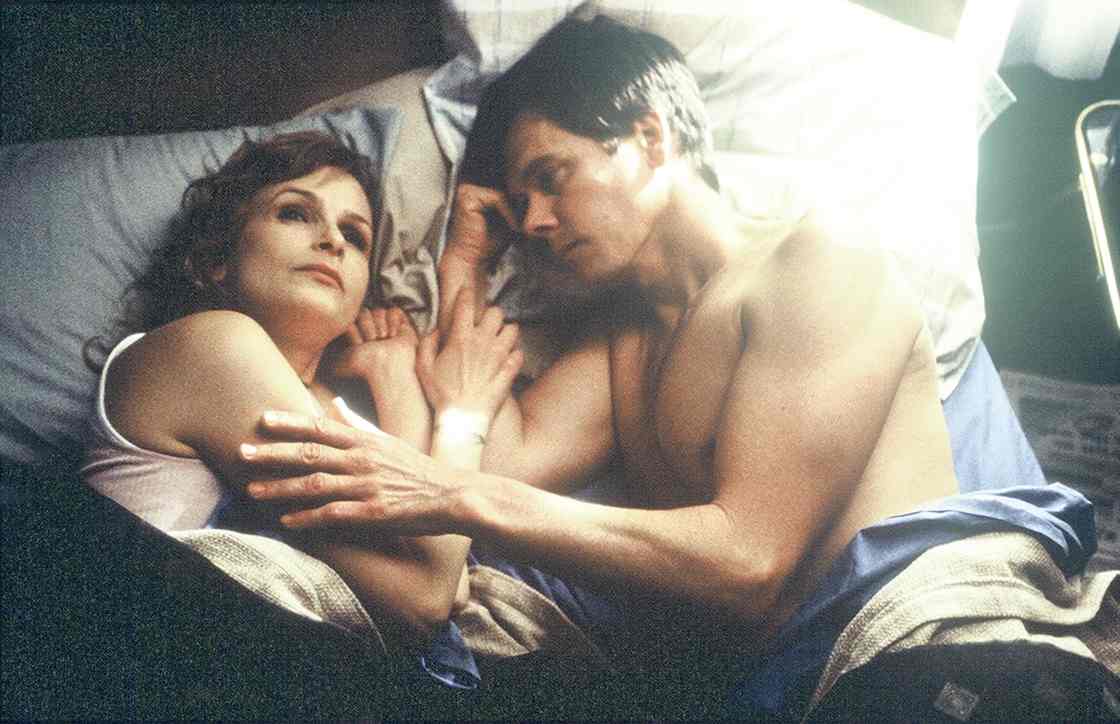 Walter (Kevin Bacon) has relocated to a nameless American town after serving a 12-year debt to society for child molestation. The quiet, guarded man may have served his time but he still lives in fear of having his past uncovered at work and is reminded of it constantly by his brother-in-law, Carlos (Benjamin Bratt). He finds some solace in the arms of a co-worker, Vicki (Kyra Sedgwick), but his long-time demons threaten to resurface in “The Woodsman.”

As Walter tries to make his way back into society, he is reluctant to let down the barriers he has put up to insulate himself from his past. He is content to keep to himself and shuns the friendly advances, at work, by Mary-Kay (Eve), a move that will negatively resonate into his just-want-to-stay-out-of-trouble life. (This makes me question why the author(s) have Walter’s character live across from an elementary school – a heavy-handed setting that lends itself well to an equally heavy-handed, though interesting, subplot involving a real pedophile.) The Woodsman” holds kinship with Tod Solenz Happiness” which also had a pedophile as an important, sympathetic character. But, there is a big difference between the two films. The latter flick dealt with the pedophilia straight on through the eyes of Dylan Baker’s child molesting shrink. The new film is an in-depth character study, by Bacon, of a tortured man who, despite having served his time, still fights the demons that put him in jail over a decade ago. Bacon plays Walter as quietly intense. The man must come to grips with his past, one that involves his sister when they were just kids. Walter has suffered through his life under false pretenses that were to color his being ever since he was a child. The silent torment that Walter lives with every day is well acted by Bacon. His hushed, lonely demeanor, downcast eyes and resigned, slumped posture speak volumes, making his final moments in the film fill with hope. The supporting cast is notable only for the tough, no nonsense performance by Kyra Sedgwick. Vicki is also a loner who just wants to do her job and be left alone by her misogynistic co-workers and is drawn to Walter. Her transition from sullen cynic to kind and loving friend and lover is a bit too quickly settled but I forgive the brevity of relationship setup because of the real life marriage, and chemistry of the characters, between the costars. Unfortunately, the rest of the supporting cast are given two-dimensional characters, at best. Benjamin Bratt goes through the motions as the protective husband to Walter’s sister. Mos Def is lifeless in his delivery as the dedicated detective who takes it upon himself to keep a watchful eye on the ex-con. David Alan Grier is OK as Walter’s sympathetic boss while Eve, whose character is not in the book, is annoyingly abrupt as she changes from the overly friendly and pushy Mary-Kay to the bitchy leader of a witch-hunt to persecute Walter for his past. Fledgling helmer Nicole Kassell adapted the novel, The Woodsman, with the book’s author (Steven Fechter) and, with Bacon, create an interesting character study of a man whose life, unknown to him, has been a lie and he has suffered deep torment needlessly. Bacon gives a performance that, in a year less densely packed with best acting perfs, would be up for award consideration. He raises the film up a notch.