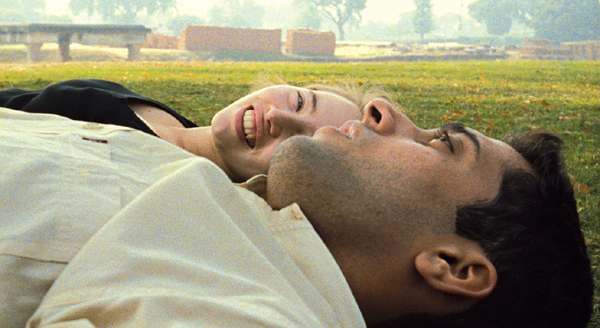 Jeanne (Isild Le Besco) is an aspiring French actress whose career is starting to take off. While visiting her mom on her birthday, she learns a big, huge even, family secret - the man she grew up known as father, is not. In fact, her mother tells her that Jeanne's birth pere is a man she met while visiting India many years before. The young woman gets the opportunity to follow her desire to find that man as "The Untouchable."

Writer/director Benoît Jacquot, whose "Adolphe" was last year's French Film Fest's most dubious offering sampled, gives us something a little more interesting with "The Untouchable." Much like his last film, "À tout de suite," "The Untouchable" stars Isild Le Besco in a journey of self discovery as she travels about with Jacquot's camera following her. This film is less stylish and plays more like a travelogue as we travel with Le Besco on planes, trains and automobiles. While there are many interpretations given the film's title, including the literal one, the symbolism is opaque or merely empty.

I watched the last half of "The Untouchable" a second time because my initial impression was that I didn't really care about Isild Le Besco's Jeanne, a woman so enigmatic that I never empathized or sympathized with her or her quest to find her birth father in India. My first impression proved accurate. The problem is that Le Besco mostly reacts to her surroundings, keeping them (and us) at arm's length. Although the use of multiple languages gives the film verisimilitude, the dialog is so sparse and divided between French, English and different Indian dialects that the story languishes. Frequently. Director Benoit Jacquot makes an 82-minute movie seem long as we follow Jeanne from the revelatory family secret, her working at her craft, her personal relationships and, finally, deciding to make the trip. It is only after the 40-minute mark that she begins her trek to find her real father. The helmer uses so many artful shots of landmarks, landscapes, beautiful costumes and funeral pyres, with little by way of story taking place during the many long and languid interludes, "The Untouchable" should have been cut down to 60 minutes (or less) to make a tighter film. The title suggests that Jeanne's mixed breed puts her in that Indian sect but nothing happens to her because of this pariah. Oh well, Boston's MFA cannot hit one out of the park every time with its 12th annual French Film Festival entries, though "The Untouchable" may have some femme appeal.