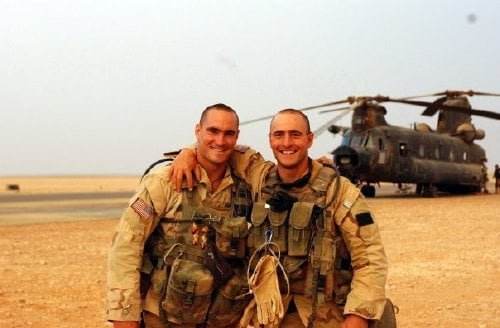 On 22 April 2004, former pro football player turned US Army Ranger, Corporal Pat Tillman was on a patrol searching for Taliban insurgents in Afghanistan. A fire fight broke out and, in the fury and confusion of battle, Tillman was killed. The US government proclaimed him a hero and awarded him the Silver Star posthumously. Weeks later, though, new information came to light stating that Pat was killed in a friendly fire incident, prompting his mother, Dannie Tillman, to get to the truth of “The Tillman Story.”

Amir Bar-Lev wrote and directed this tome that tells the too-often occurring story of a soldier accidentally killed by his comrades during battle. The director makes it an in-your-face documentary that uses the fame of its title character to bring to light the cover-up of a killing that should have never happened. The real hero of “The Tillman Story” is his mother, Dannie. The lady was presented, after the initial investigation into Pat’s death, with over three thousand pages of heavily censored documents that supposedly gave the real facts about the incident. The sheer volume of information would have defeated a lesser person but Dannie Tillman proved to be as strong willed as her son and tenaciously worked to prove how Pat was really killed. The cover up, says the filmmaker, went to the highest levels with then Secretary of Defense Donald Rumsfeld and his high ranking generals called before a house committee investigating the Tillman killing. These men denied any knowledge of how Pat died and, before the committee, said “I don’t recall” 82 times when questioned. Bar-Lev makes a good case that a major cover-up took place. “The Tillman Story” is a sad, melancholy film operating on many levels. The untimely death of a brave young man who gave up a multi-million dollar pro football career to serve his country; the frustrating investigation by Dannie to put to rest her son; and, the affect that Pat Tillman’s death had on so many.