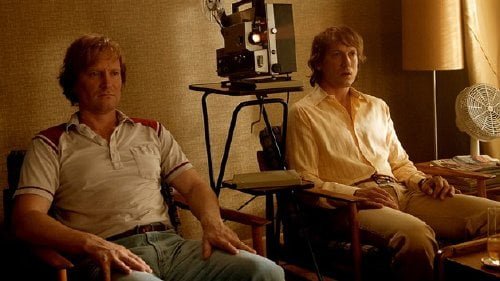 On 8 July 1986 and young girl, Pia, disappeared while riding her bicycle down a deserted country road. She was presumed missing for days before her body was discovered in a nearby lake. 23 years later, another 12-year old, Sinikka (Anne Lena Klenke), goes missing on the anniversary of Pia’s disappearance. Is it just coincidence or is the killer at loose again. This is the quandary of “The Silence.”

On 8 July 1986, a young girl, Pia (Helene Luise Doppler), disappeared while riding her bicycle down a deserted German country road. She was presumed missing for days before her body was discovered in a nearby lake. 23 years later, another 12-year old, Sinikka (Anne Lena Klenke), goes missing on the anniversary of Pia’s disappearance. Is it just coincidence that the disappearance took place on the same spot as Pia’s or is the killer at loose again? This is the quandary facing the investigators in “The Silence.” First-time feature film writer-director Baran bo Odar adapts the mystery novel by Jan Costin Wagner. The result is an ambitious work that becomes fractured as all the story lines are laid out before us. The film starts with Peer Sommer (Ulrich Thomsen) and Timo Friedrich (Wotan Wilke Mohring) driving along a quiet road. Peer spots a young girl, Pia, riding her bike as she takes a turn onto a deserted country lane. He follows the girl, stops the car and calls to her, saying that he will not hurt her. He does more than hurt her. Jump ahead 23 years and 12-year old Sinikka is in the middle of another of her frequent arguments with her parents. When her father refuses to drive her to tennis practice, she leaves in a huff on her bicycle. She will not be seen again. Her parents report her missing and troubled police detective, David Jahn (Sebastian Blomberg), who recently lost his wife to cancer, is assigned to the case. The film jumps between the police investigation and the now-older Timo. When he learns of Sinikka’s disappearance, the first one he thinks of is Peer and knows that he is the one responsible. The problem is one of too many characters and too many stories being juggled. A more seasoned director may have made this a less convoluted tale. Sinikka’s bereaving parents are having marital problems; David is coping with his grief as he tries to solve the young girl’s disappearance; older retired cop Krischan (Burghart Klausner) wants to get on the case to bring closure to the investigation he led 23 years before; Timo has obviously never resolved his unwilling (and silent) participation in Pia’s death; and, Peer is happily living his life without a care. Then, there is Pia’s mother, Elena Lange, who has mourned her loss for decades and finds solace in the arms of old Krischan. With so much going on and the ever-shifting relationships between characters, it is hard to keep things in order, never mind developing sympathy for any of the many characters. “The Silence” is an ambitious calling card for the young filmmaker and, I hope, bodes well for his future.