The Secret in Their Eyes (El secreto de sus ojos) 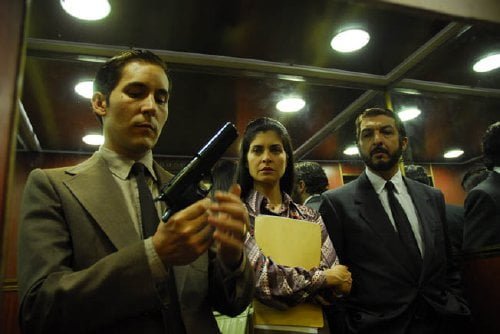 1974 Buenos Aires. A young state prosecution investigator meets his new superior, Cornell grad Irene Menéndez Hastings (Soledad Villamil), and is simultaneously smitten and intimidated. Twenty-five years later and retired, Benjamín Esposito (Ricardo Darín, "Son of the Bride," ""The Aura") returns to the city to tell the woman he's always loved that he is writing a novel on the Morales case, a rape/murder investigation which they worked on together. An old photo album provided by the victim's husband gave Esposito his suspect when multiple pictures exposed "The Secret in Their Eyes."