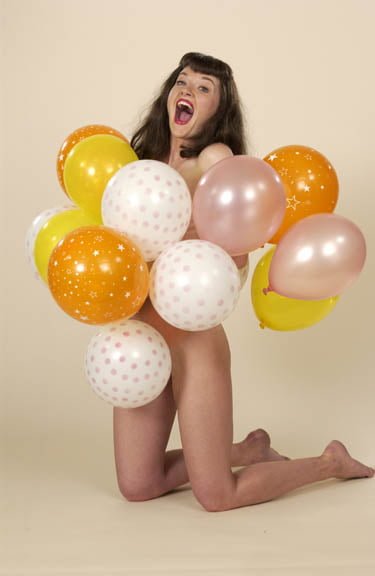 During World War Two the boys overseas were treated to a new phenomenon – the pinup. But, that art form didn’t come into its own until the 1950’s when amateur photography began to flourish. Then, one young woman became an icon of the sexy pinup. She was “The Notorious Bettie Page.”

Director Mary Harron had previously made two very distinctive and very different films with her debut, I Shot Andy Warhol,” and the darkly funny and violent American Psycho.” She takes yet another different road with her biographical story of one young lady who took the world by storm with her photogenic good looks and palpable good nature that came out when the shutters began to click. Bettie’s infamous career started innocently enough when she left her strictly religious Tennessee home and headed to New York City. She began modeling for photographers and soon learns that she has a natural knack with her gorgeous body and engaging smile. She soon becomes the in-demand model for the shutterbugs with her eye-pleasing cheesecake and girl-next-door sweetness. She was also willing to take it up a notch with provocative nude poses and, more famously, her notoriously popular picture book, Bettie Page in Bondage. Bettie’s bubbly personality make her the darling for the lenses of the photographers of such men’s magazines as Escapade and Wink. This leads her to Movie Star News, a mom-and-pop (make that half-brother-and-half-sister) storefront operation where their discerning clients want to see 8-inch stiletto heals, seamed black stockings and a sexy body. This includes photos with black leather bustieres, whips, handcuffs and thigh-high boots. Irvin Klaw (Chris Bauer) and Paula Klaw (Lily Taylor) are the owners with him handling the business and her the camera. By 1955, the Klaws, with Bettie front and center, create such provocative bondage-based photos that they come under the scrutiny of presidential-hopeful, Tennessee Senator Estes Kefauver, Chairman of the Senate Subcommittee to Investigate Juvenile Delinquency. The hearings garner testimony, in one case from a Catholic priest, that such pornographic titillation is more menacing to America than Communism. The investigation signals the beginning of the end of the Klaws’ business, the destruction of most of their favorite model’s sexy photos and, for Bettie, the end of an iconic career. Shot mostly in black and white, with brief brightly colored scenes when Bettie moves to Florida, “The Notorious Bettie Page” is an in-depth character study of the little known but famous life of the title character. Flash backs to her highly religious life, with Bettie’s faith in God never in question, is punctuated by a terrible incident that should have hardened her but did not. Helmer Harron does an expert job telling the history of pin-up art and the beginnings of bondage photography. The big plus, though, is the groundbreaking performance by Gretchen Mol. Mol’s career hasn’t, until now, gone much beyond supporting roles in such films as “Rounders” and “The Shape of Things.” The actress has propelled herself to name status with a tour de force performance as the titular character. She is Bettie Page, pure and simple. If you have ever seen any of the pin-up queen’s pictures you will realize just how much Mol looks like the uber-model. She also captures the charm, untarnished innocence and sweet nature that depict Page. This is a notable performance in a film of note. The use of B&W film stock steeps “The Notorious Bettie Page” in the look and style of the 1950’s. This, combined with the terrific costumes, fine supporting cast and, of course, Gretchen Mol, help make it a richly told story – co-written by Harron and Guinevere Turner. It does an admirable job telling Bettie’s tale, concentrating on those several years where she became a national icon if not a household name.