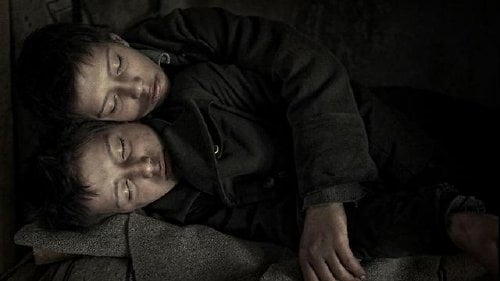 Hungary is dragged into World War II by their Nazi overlords as the Allies inexorably drive to the destruction of Germany. Twin brothers (Laszlo and Andras Gyemant) are sent to the country by their parents to live with their grandmother (Piroska Molnar). Their father tells them to write down everything that happens to the boys in “The Notebook.”

Robin has not finished his review of this film.