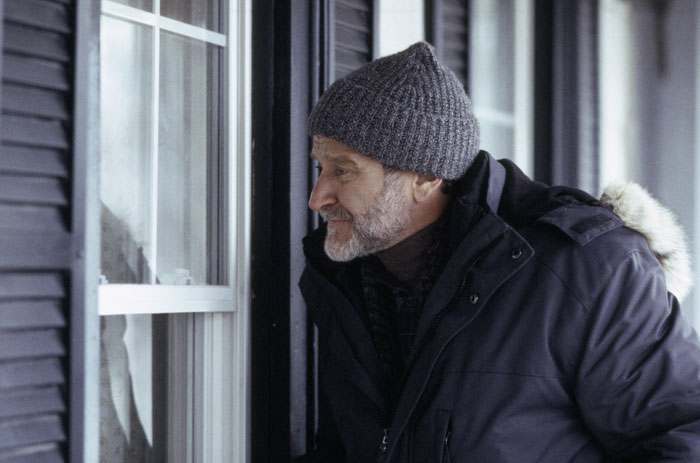 Gabriel Noone is the host of a popular nighttime radio talk show and reeling in despair after his HIV-positive boyfriend, Jess (Bobby Cannavale), leaves him. When his publisher friend, Ashe (Joe Morton), gives him a manuscript, the memoirs of an AIDS-suffering 14-year old boy, Gabriel is moved by the harrowing account. He receives a phone call one night from the teen, Peter Logand (Rory Culkin), but is cut short by the boy’s strict, protective stepmother, Donna (Toni Collette). Intrigued by the Peter’s story, Gabriel begins an investigation to verify its truth in “The Night Listener.”

Based on true events and the novel by Armistead Maupin, “The Night Listener” is something of an enigma. Gabriel and Peter, via their frequent phone conversations, begin to develop a long distance friendship as the teen endears himself to the talk show host with his candor and sharp wit. When Jess listens in on one call, he immediately notices that Peter and Donna sound the same. They are, he tells Gabriel, the same person. Gabriel shrugs off the remark but his many efforts to meet the boy in person are repeatedly rebuffed by Donna. Now suspicious, Gabriel decides to go to Peter and Donna’s home in Montgomery, Wisconsin and get to the bottom of the growing mystery. He locates Donna but is shocked to find that she is blind. She tells him that Peter is in the hospital, having had a serious downturn in his battle with AIDS, and can’t have visitors. Having traveled so far, Gabriel decides to go to the hospital to see Peter in person. But, hen he arrives at the closest hospital, 50 miles away, he learns that there is no Peter Logand admitted. Inquiries at other hospitals in the area are met with the same response – there is no Peter. Gabriel becomes obsessed with finding the boy or, at least, prove that Donna is a charlatan. This mystery story never answers any of the questions it raises and, in the end, brings more to mind. The quality of the cast helps you get by the enigma it presents with Robin Williams giving a very serious performance as a man whose personal, professional and emotional life is in turmoil. It isn’t the best dramatic role by the actor – he looks distressed through most of “The Night Listener” and not much more – but the puzzle presented by director Patrick Stettner (who co-wrote the screenplay with novel author Maupin and Terry Anderson) keep you intrigued though, in the end, unsatisfied. The never-ending riddle that is “The Night Listener” is buoyed by interesting performances by Toni Collette and Rory Culkin. These two are the glue that hold the film together and do an able job supporting the two-dimensional character of Gabriel. Unfortunately, other cast members – Bobby Cannavale, Sandra Oh and Joe Morton – are only along for a ride and don’t offer much to move things on. Techs are OK. The mostly nighttime photography, by Lisa Rinzler, is in keeping with the film’s title. Other production aspects are merely routine. The Night Listener” finishes with a big question mark. I felt as unsatisfied with the ending as Gabriel.