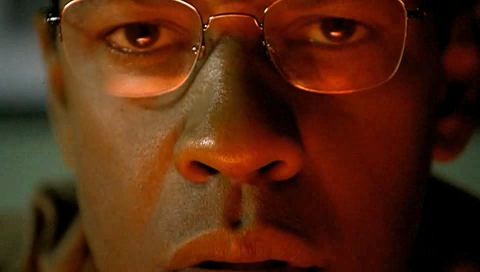 In 1962, director John Frankenheimer brought to cinematic life Richard Condon’s novel about brainwashing, Communist conspiracy and presidential assassination. Many consider that earlier film to be a classic and filmmaker Jonathan Demme has some pretty big boots to fill with his own vision of “The Manchurian Candidate.”

Frankenheimer’s film, a good political thriller, is made better by the depiction of the nightmares experienced by the brainwashed American soldiers at the hands of their Chinese Communist captors. This sequence, told from several points of view depending on whose dream it is, is an ingenious combination of brilliant production design, masterly camerawork, great costume, scary dialogue and visually shocking images. These dream sequences are what make the earlier work a classic, making a good film better. Jonathan Demme, whose remake of one of my favorite films, “Charade,” as “The Truth About Charlie,” fell short of the original, has turned it around with the retelling of Condon’s Cold War elegy. The main difference between the ’62 film and Demme’s oeuvre is the switch from the all-pervasive fear of Communist domination and subterfuge with the new millennium cynical realization (and tacit acceptance) of global, corporate control of the world citizenry – the new age’s terrorism. Captain Bennet Marco (Denzel Washington) and his advance recon squad are crossing Iraqi-controlled Kuwait just prior to the onslaught of Desert Storm in 1991. Their civilian guide, Laurent Tokar (Robyn Hitchcock), leads them away from the normal reconnaissance route due to landmines when the squad, nine men in a HUMV and Bradley fighting vehicle, are ambushed and overcome. The men are returned safely but two of their number lay dead. The remaining members of the squad recount their harrowing experience and each survivor lauds staff sergeant Raymond Shaw (Liev Schreiber) as the hero who saved their lives by single-handedly taking on an entire company of Iraqi soldiers. The men’s testimony earns Shaw the Congressional Medal of Honor. Time jumps ahead and Marco, now a major in US Army public relations, recounts his squad’s exploits and Shaw’s heroism before a classroom full of Boy Scouts. He tells the assembly that Raymond is the “kindest, bravest, warmest, most selfless human being” that he has ever known. After the lecture, Ben is accosted by one of his former troopers, Corporal Al Melvin (Jeffrey Wright), a man who is plagued by frightening dreams that are a drastically different view of what happened to them in Kuwait. Marco soon becomes plagued by the exact same dreams that haunt Melvin’s sleep. The nightmares feel so real that Ben seeks out the one person who may have answers – Raymond Shaw. Raymond, now a two term US congressman, is being groomed by his influential mother, Senator Ellie Prentiss Shaw (Meryl Streep), to make a run for the vice presidential candidacy against the favorite, Senator Thomas Jordan (Jon Voight). When Ben confronts Ray at a political rally with his fears, his former sergeant recommends that Marco get psychiatric help for his nightmares and delusions. Ben insists that he is not crazy and that there is something to the dreams. Things come to a head on the night of the elections when now-president-elect Robert Arthur (Tom Stechschulte) and his running mate Ray win in a landslide. Scripters Daniel Pyne and Dean Georgaris, adapting George Axelrod’s ’62 screenplay of “The Manchurian Candidate,” do not remake the Frankenheimer film. Instead, they retell the original story by placing it in contemporary times. This time frame change foregoes the Cold War composition, with its witch-hunts and communist conspiracy, for an updated, new millennium look at corporate power, its overwhelming influence and abuse. Demme supplants the original cast of Frank Sinatra (in one of his more honest, effective roles), Laurence Harvey and Angela Lansbury (deservedly Best Supporting Actress Oscar nominee) with this era’s equivalents. The filmmakers chose well with Denzel Washington as Ben Marco and Meryl Streep an amalgamation of Lansbury’s ambitious, politically twisted, slightly incestuous mom and, reportedly, a certain junior senator from New York. Washington gives his own spin to his Ben Marco persona as a man of inner strength whose mind has been compromised by others’ efforts, all outside his control and comprehension. Marvelous Meryl, and she deserves the moniker still, is outwardly bright and positive in public. Then, you see her real self come to the fore as Ellie works as the puppet master, manipulating her son, the heads of Manchurian Global (the corporation that is working toward marketing a private army as a commodity) and the American public in her drive for power. There can be critical references (and there are many) to Hilary Clinton as a role model for Ellie, but Streep does not mimic, she creates and her performance is wonderfully constructed and detailed. But, the choice of Liev Schreiber as Raymond Shaw is inspired. Schreiber has always impressed me as a capable character actor imbued with an unrealized star quality and I think Demme has unleashed it. The actor, more noted for stage than film, gives a terrifically complex performance as a man pulled in many directions. His is a more dynamic rendition of Raymond Shaw than Laurence Harvey’s near somnambulist cut at it. Supporting cast is fully developed with some significant secondary roles, such as Kimberley Elise’s Rosie, a store clerk who is really an undercover FBI agent; Jeffrey Wright (fast becoming one of America’s best character actors) as troubled Cpl. Melvin; and Jon Voight as Ellie Shaw’s opponent, Senator Thomas Jordan. Then, there is the wealth of small, cameo performances by Dean Stockwell, Brit singer-songwriter Robyn Hitchcock, Bruno Ganz, Miguel Ferrer, Ted Levine, Al Franken, Bill Irwin and more, that flesh out the proceeds to full dimension. Techs are first-class all the way, from the lensing by long time Demme collaborator, Tak Fujimoto, to the outstanding production design and costume, by Kristi Zea and Albert Wolsky, respectively. Maestro Demme shows his mettle, once again, as he marshals his in front of and behind the camera crews so effectively. The two versions of “The Manchurian Candidate” represent different sides of the same coin. Both are artistically motivated and both are blessed with solid performances on all fronts. Jonathan Demme makes the new millennium version his own.