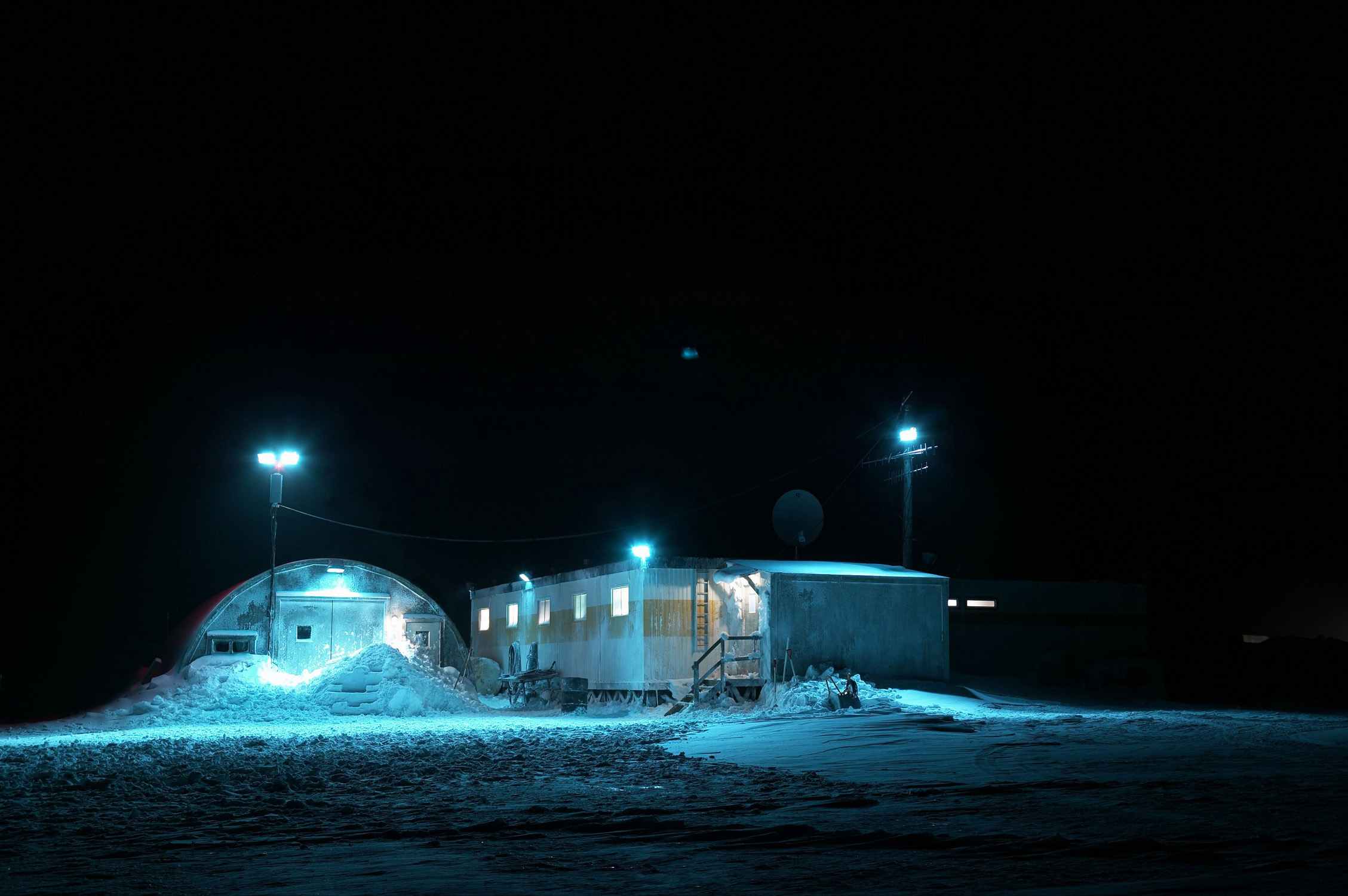 North Industries boss Ed Pollack (Ron Perlman, "Hellboy") is none too pleased that the author of 'The High Cost of Oil,' Jim Hoffman (James LeGros , "Trust the Man," "Zodiac"), has not only joined his Alaskan Arctic oil station but has taken his girl, Abby (Connie Britton, TV's "Spin City," "Friday Night Lights"). Then Maxwell (Zach Gilford, TV's '"Friday Night Lights"), the son of Ed's good friend, begins to act strangely, talking about spirits trying to drive them away while disturbing evidence mounts that the region may possibly be experiencing "The Last Winter."

Cowriter (with Robert Leaver)/editor/director Larry Fessenden has explored such contemporary themes as addiction ("Habit") and liberal vs. conservative gun culture ("Wendigo"). Now he takes on environmentalism and, without going all preachy on us, builds horrific suspense using the unknown and investment in his characters. "The Last Winter" is "The Thing" meets "An Inconvenient Truth." Fessenden opens with a corporate video that gives us our backstory. In 1986, North Industries drilled for oil at a remote Alaskan outpost and the results were kept secret. The rigs were dismantled and all that stands is a block called the Kickwell not far from Pollack's new station where the company hopes to reap big profits. Pollack demands that Jim sign the environmental approval that will allow him to bring his equipment in on vehicles clearly too heavy for the melting terrain. When Jim refuses, Pollack has him fired, but before he can leave they are presented with Maxwell's disappearance. When they find him and the video he shot, the group is divided as to course of action, but when Elliot (Jamie Harrold, "The Score") bleeds out for no apparent reason, they finally decide to call in a plane to take them out for medical attention. An evil wind intervenes and each of the remaining survivors has his or her own dance with the unknown which surrounds them as they descend into madness. This is Fessenden's most impressive production to date with its swooping camerawork (by Icelandic cinematographer G. Magni Ágústsson), majestic landscape and mounting sense of doom. Each character has a unique viewpoint, from Pollack's dismissal of environmental change to the native Lee's (Pato Hoffmann) sober regard of Chinook winds to grease monkey Motor's (Kevin Corrigan, "Superbad") avoidance via self medication. Where Maxwell is haunted by the land, Jim experiences nightmares of ghostly stampedes. The marriage of environmental message and the horror genre is poetically assured, beginning with the black crows whose presence indicates the changing climate as well as symbolizing death. Fessenden takes the buck spirit from "Wendigo" and regionalizes it for the Arctic landscape while also showing a surer hand with special effects and nightmarish imagery. The nothingness of pure white and the indistinguishable horizon of the terrain makes for a startling backdrop where figures seem suspended in mid air. In one scene, Fessenden artfully arranges and reconfigures four figures against that white like a startling reversal of the 'Meet the Beatles!' album cover. The original score by Jeff Grace ("Joshua") envelopes the whole with beauty, yearning and discord, suggesting both the emotions of the characters and the nature that surrounds them. "The Last Winter" is a thinking person's horror film that shows a striking progression in the talents of its creator. I can't wait to see what Fessenden takes on next.