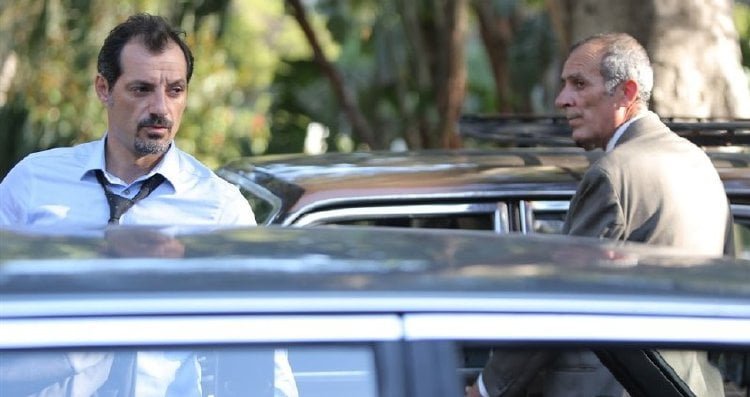 Talk about identity politics! Cowriter (with his "The Attack" collaborator Joelle Touma)/director Ziad Doueiri's Foreign Language Film nominee is more reminiscent of Asghar Farhadi's work, in which intimate situations spiral outwards, revealing larger issues, than his own last film. "The Insult" engages via its performances, particularly El Basha's inward one, but this political courtroom drama is built upon a pretty simple premise goosed with a reveal twist. Doueiri's 2012 "The Attack" was a far more provocative film. From the get go, Tony is an aggressive, bullying lout. His heavily expectant wife Shirine (Rita Hayek) wishes to move to a larger apartment, but Tony is dead set on staying put, and on his own, non-compliant terms. When Yasser arrives to apologize, Tony uses the crudest, cruelest condemnation. He's a xenophobe who believes Palestinians are everyone else's problem. Even his own father berates him for unnecessarily humiliating a man whose only crime was to try and fix his gutter. But Tony will not back down, insisting the man be arrested for assault. Add Wajdi Wehbe (Camille Salameh), a celebrity Christian lawyer, to Tony's case and the incident takes on a larger life. Yasser, represented by the younger Nadine (Diamand Bou Abboud), knows something Tony doesn't. He also finds the perfect way to get through to his accuser. "The Insult" is a good film, but its simplistic message has been seen in countless films from all around the globe. It's like a blunt object, both aesthetically and dramatically, but if the nomination raises Doueiri's profile, "The Attack's" should rise with it. Grade: