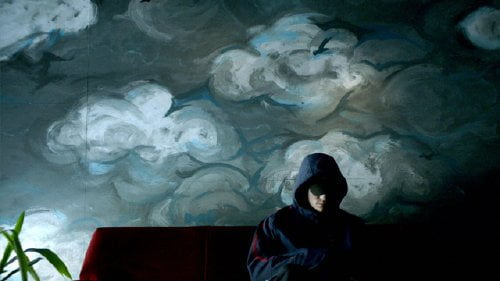 In 1994, 13-year old Nicholas Barclay went missing and without a trace from his San Antonio, Texas home. Three years and four months later a boy is found alone, wet and scared in Spain. The boy claims to be the missing Nicholas and the Barclay family is contacted by the American embassy. Believing that their long lost child is returned, the family does not seem to notice his swarthy complexion and French-accented speech. Is he Nicholas or is he “The Imposter”?

In 1994 13 year-old blond, blue-eyed Nicholas Barclay vanished in San Antonio, Texas. His family claimed to be the only ones who cared about his disappearance. Three and a half years later, they got an astounding phone call - he had been found and was in a children's shelter in Spain. His sister, Carey Gibson (Anna Ruben in recreations), went to bring him home. The family noted that the dark skinned, brown-eyed Nicholas, who spoke with a heavy accent, had changed, but they used his kidnapping and abuse ordeal to explain this. It took private investigator Charlie Parker (Alan Teichman in recreations) to point out "The Imposter." Director Bart Layton owes a huge debt to Errol Morris, particularly "The Thin Blue Line," for his approach to this incredible story. He follows the same setup, presenting the basic facts, then going back and filling in gaps mixing direct camera address interviews with artfully shot recreations done with actors, withholding crucial bits of information for some big third act twists. Anne Nikitin even references components of Philip Glass's score while making it her own, moody work. It's a well crafted piece of work but it's 'gotchas' feel more contrived than Morris's work and Layton fails to address a hole or two in his tale. From the onset, we know that 23 year-old French-Algerian Frederic Bourdin (Adam O'Brian in recreations) is not Nicholas because Layton lets Bourdin tell his tale directly (in a style that looks remarkably close to Morris's later Interrotron technique). But Layton leaves an awful lot *out* of his story initially for a big reveal later. We hear how the homeless Bourdin planned to falsify his way into a children's shelter by claiming to be an abducted child and the man seems genuinely freaked out when the identity he pulls out of a database leads him into deeper waters than he expected. When he discovers a family member is coming for him, he does everything he can to make himself look more like Barclay, including homemade tattoos and a hair dye job. Yet, several people in Spain, including the U.S. consul's office, met the boy beforehand - why did these changes go unnoted by any of them? We're not told, although the U.S. consul admits that his representative thought this guy seemed American, even though he speaks English with a heavy French accent. Things get stranger. Carey embraces him. She brings the hooded young man wearing a scarf wrapped around the lower half of his face out of the airport in Texas and the rest of the family embraces him. He lives with them for five months and even goes to high school. He's interviewed on news broadcasts (Bourdin explains that he thought drawing attention to his lie would make it more transparent.) The F.B.I.'s Nancy Fisher (Cathy Dresbach in recreations) tries to investigate his tail of sexual slavery at the hands of U.S., European and Mexican military. But when Charlie Parker sits behind Bourdin during a taping and sees a picture of Nicholas close by, he knows he's not Barclay because...his ears are different! When confronted, the family, particularly mother Beverly Dollarhide, reacts in mighty odd ways. "The Imposter" is beautifully shot by cinematographer Erik Wilson ("Submarine"), whose film noirish recreations cloak the actors in enough shadow to make them seem like the real thing. Interviews with the real subjects are crisp, held in character-defining locations. Layton's production is artful and he builds his story with suspense, humor and astonishing facts, but his sleight of hand should be more transparent.

The old saying, “truth is stranger than fiction,” really takes hold in this weird tale of a 13-year old Texas boy who disappears only to be replaced, years later, by an Algerian-born 23-year old man raised in France. And, the family did not to seem to notice the dramatic changes in “Nick” or the fact that he spoke English with a French accent. These oddities are explored by first time feature documentary maker Bart Layton. The idea of “The Imposter” is more intriguing than the film’s execution. Director Layton has watched numerous Errol Morris documentaries and borrows liberally from that veteran documentarian’s style. The tyro helmer uses lots of talking head interviews and dramatizations to tell this bizarre tale as he speculates over just what happened to the real Nick. He abruptly introduces, near the end of the film, the possibility of foul play and family conspiracy into the mix. This seemed a cheap shot and a convenience for Layton and had the affect of keeping me, the viewer, at arms length.