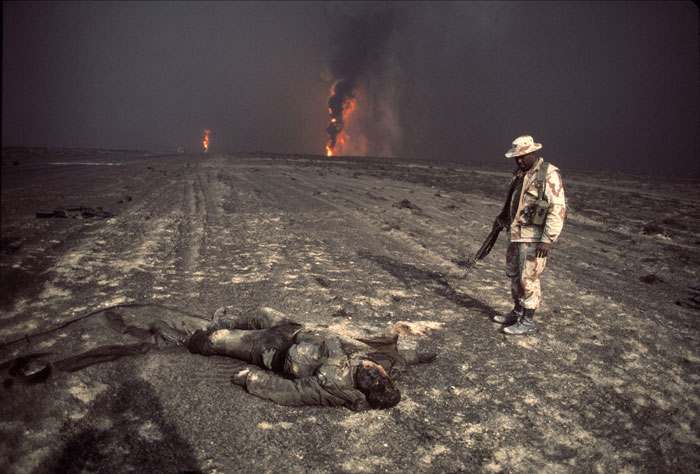 It has been nearly five years since the Bush Administration’s War on Terror turned its focus on Iraq and Saddam Hussein. Media coverage of the conflict, sadly, has ignored the plight of the soldiers who fight the war and suffer from the grim reality of their treatment when coming home in “The Ground Truth.”

Filmmaker Patricia Foulkrod starts off “The Ground Truth” with new recruits to the military being indoctrinated at Venice Beach, California. These kids, we find out through interviews, were promised the world by their recruiters with some (those going in to the National Guard) being assured that they would never be assigned overseas. These promises were made to these naïve youngsters even as the Iraq War rages. Foulkrod tells of the boot camp system that is designed to break down the individual will of each and every recruit, and then rebuild it in the image defined by the military machine. The intent of this dehumanization process is to reprogram the software (the brain of the recruit) to kill, so everything associated with the reconditioning process is geared to teaching destruction of the enemy. The documentary assembles returned veterans, psychiatrists and, even, a neurologist to explain the process of making a normal person a killing machine – a machine that can slough off the killing of an innocent with “it happens.” Much of “The Ground Truth” is about the plight of the veterans returning from Iraq. Some have missing limbs and other physical damage while others show no outward signs of trauma. But, as we hear each of the soldiers talk about their experiences, it becomes obvious that all feel the inner psychological damage. For the physically disabled it’s about coping with living a normal” life. For others, this coping is more introspective – how do you turn a killer back into an ordinary member of society? Foulkrod’s answer is that you can’t, at least in the minds of the returning vets. One of the serious conditions facing the coming home soldiers is post-traumatic stress disorder. But, it’s not the PTSD that is the problem for the GIs. This is something that can be successfully treated. The problem they face is bureaucratic in nature as they tell of how the military treats these returning soldiers – when departing Iraq, each is asked if they think they suffer from PTSD. If they answer no, they are sent home. If they answer yes, they are kept in country for months to be treated, something that would seem to contribute to, rather than help alleviate, the disorder. The US government, we are told, demands that the returning veterans must declare any claim to PTSD within 120 days of their return to get treatment or forget about it. This, Foulkrod tells with the help of her subjects, is shabby treatment to the men and women who put their lives and minds on the line for their country. The Ground Truth” argues against the US military’s philosophy “if you’re a good soldier then you’ll be a good civilian.” In the eyes of those coming home, it is not so simple to change the mind of someone trained, for years, to kill into being a benign and peaceful civilian again. I didn’t feel anger, as I would have expected, when I walked out of the theater after seeing “The Ground Truth.” But I did (and do) feel a profound feeling of sadness for the men and women who sacrifice the hearts and minds for a cause that cares not an iota for them. Patricia Foulkrod states her case with skill and intelligence.