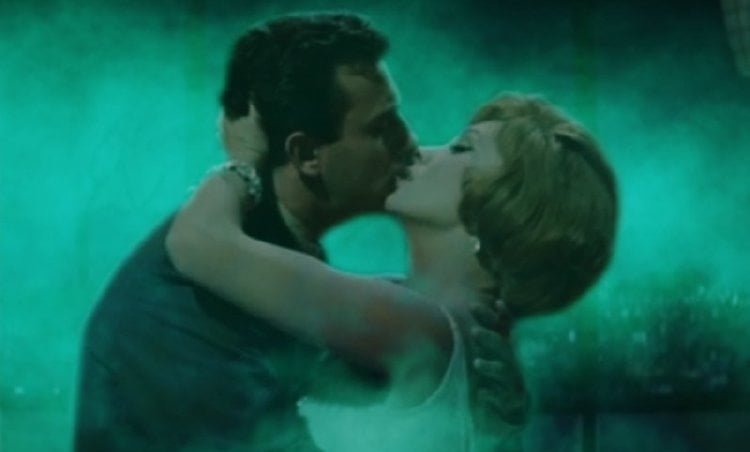 Commissioned by the San Francisco International Film Festival to make a city-centric film to close out its 60th event in 2017, director Guy Maddin and his "Forbidden Room" collaborators Evan and Galen Johnson watched around 200 movies, TV shows and assorted other films. Maddin hadn't initially thought of remaking Alfred Hitchcock's "Vertigo," but as its themes continually presented themselves, he used that as his blueprint for "The Green Fog."

Canadian Guy Maddin is known for his often comedic takes on Hollywood movies filmed to appear degraded in the fashion of old silent prints. He switched gears with his last film, "The Forbidden Room," a fantastical and funny masterpiece in which he built his own narrative by stringing together recreations of lost silents. This time around, Maddin didn't film a thing, instead creating a dream logic impression of Hitchcock's masterpiece using existing footage, amusing sound effects and a lush violin score by Jacob Garchik (performed by Kronos Quartet) that tips its hat to Bernard Herrmann. You'll be hard pressed to identify all his sources, listed in the closing credits as the 'stars' of his movie. After situating us with a map of San Francisco, we see figures run through the foggy, nighttime streets, footsteps echoing back as if from tap shoes. Maddin then divides the remainder of his 63 minute film into two chapters, "Weekend at Ernie's," cheekily name checking the famous restaurant used in "Vertigo," and "Catatonia." The opener is a stunner, the Johnsons editing together footage from copious samples of rooftop chases (there's Bogie! There's Vincent Price!) in staccato bursts trimmed to avoid dialogue. This is the one sequence which reportedly uses a single shot from "Vertigo" itself, a hand clutching a ladder. As "Vertigo's" Scotty was hired to follow a woman, "The Green Fog" is studded with cutaways to surveillance exercises (mostly men listening next to reel-to-reel tape machines). Maddin hits San Francisco landmarks in sequence with restaurant scenes (a tableside waiter is a comic highlight), flower shops, Mission San Francisco de Asís from every conceivable angle, cemeteries and art museums featuring various portraits of women. The Fort Point location beneath the Golden Gate Bridge features an underwater rescue featuring two people in garish yellow underwater suits. As Gina Lollobrigida becomes agitated while being served breakfast in bed, digital green fog begins seeping into the room. Cut to a shocked blonde woman in a car outside her window. Snippets of silent films like "Greed" are mixed with potboilers like "Jade" and 70's cop thrillers ("Bullitt," "Dirty Harry"). This is a film where Joan Crawford can emerge through a doorway towards the shocked countenance of Martin Landau, where the giant tentacles of "It Came from Beneath the Sea" are reflected in a cut to film strips coiled in a garbage can. Hitchcock is humorously referenced with a couple of outtakes from Mel Brooks' "High Anxiety." 'MacMillan & Wife' and 'The Streets of San Francisco' feature prominently. Chapter 2 begins to feature more lines of dialogue, like the tongue in cheek 'What are we looking for? I don't know, at this point I'll take anything.' A hilarious sequence features Chuck Norris staring into the distance in an extended nightmare. We see a city planner pointing to a color-coded city model, green designating the future of San Francisco as the house in "Pacific Heights" undergoes renovation. "The Green Fog" is a delight, a love letter to a city and the cinema it inspired. The Johnsons' artful editing can make us laugh with its stuttering effect or marvel at a transition so smooth it defies the total mismatch of the two films it bridges. If he hasn't seen it already, David Lynch is probably going to love this one. Grade: