The Eyes of Orson Welles 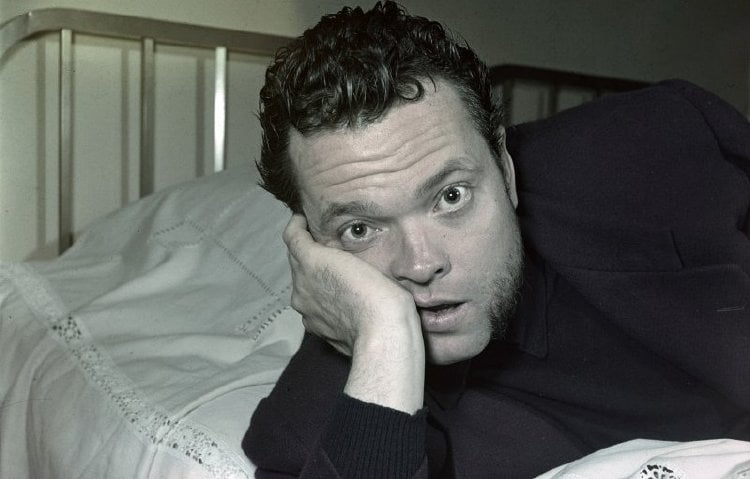 Orson Welles had a long and eclectic career and, by some, is considered the “World’s Greatest Director of the World’s Greatest Film.” Documentary filmmaker Mark Cousins tells the story of the man through his newly-discovered drawings and paintings and “The Eyes of Orson Welles.”

Writer/director/film scholar Mark Cousins, perhaps best well known for his 15 episode "The Story of Film: An Odyssey," considers the life and art of Orson Welles in the form of a personal letter read to the man as the narration to "The Eyes of Orson Welles." Having access to newly discovered artworks by the filmmaker - sketches, drawings and paintings - Cousins notes their graphic qualities, associating them to both the man's life and his movies. 'Life has become far more visual since you died thirty years ago,' Cousins notes as he trains his camera on the video billboards of Times Square, people gathered there staring at cell phone screens. 'The despots that fascinated you are gaining ground' is paired amusingly with the vision of 'cats against Trump.' Cousins then contemplates Welles's beginnings, always while still addressing him, making connections like the how the lighted ceiling tiles of the Chicago Institute of Art, where Welles studied, can be found in many of his movies. Theories abound, from the filmmaker's use of diagonal lines to his appreciation of the common man. Sometimes Cousins may go off on a bit of a stretch, but generally his observations are endlessly compelling. Just seeing Welles's artwork is of interest in itself, the man's hand drawn Christmas cards alone an intriguing study (which, yes, Cousins is able to link back to his films). "The Eyes of Orson Welles" is an unconventional approach to documentary filmmaking and a unique perspective on a well known filmmaker. Grade:

Cousins not only wrote and directed this honorarium to Welles, he also narrates the story – which I was skeptical of, given his quiet, subdued tone and lilting Irish brogue. At first, I felt lulled instead of attentive, but that quickly changed as the director’s method of telling the story of Welles’s life found its rhythm. The film begins with the discovery, in a New York City storage facility, of a cache of paintings and drawings, some never seen before, from Welles’s early life as a teenager when he toured Ireland with a cart and pony to throughout his career. The found sketches are clues into the mind, spirit and motivations of Welles and show how that mind was working at various times in his life. Mark Cousins skillfully interweaves this copious collection of artworks with the standard biography of Welles’s life from birth through his family life, early career, the controversial “War of the Worlds” radio broadcast and, of course, “Citizen Kane” and onward through his long and checkered creative life. The combination of Welles’s art and his colorful life make for a fascinating study of the influence on the man and his many creative skills. It is a deft combination of a standard biography of Welles with the additional layer of the time capsule of his art.