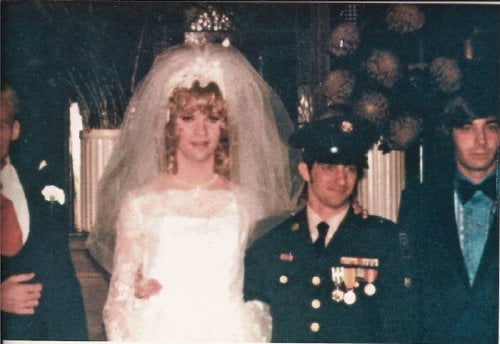 In 1975, director Sidney Lumet and actor Al Pacino brought “Dog Day Afternoon” to the screen to tell the story of John Wojtowicz, a man who made the fateful decision to rob a bank to pay for the sex change operation for his partner, Leon. But that story is just a slice of the life of the man who also was a pioneer in the early gay rights movement in America, a sex addict and self-proclaimed pervert as “The Dog.”

On August 22, 1972, John Wojtowicz tried to rob a Chase Manhattan bank in Brooklyn in order to pay for his wife Ernie's sex change operation. When the NYPD descended before he and accomplice Sal Naturale could make their escape, Wojtowicz took 8 bank employees hostage in a standoff that became a media circus and would later be dramatized in Sidney Lumet's "Dog Day Afternoon." Ever since, Wojtowicz, whose only acknowledged vice was his 'horns,' was dubbed "The Dog." Over the course of ten years, directors Allison Berg and Frank Keraudren put together the history of Wojtowicz and his notorious crime using the standard techniques of interviews, archival footage and stills. But they also had John himself, acting as their exuberant guide as he took them around NYC to the important places of his life. Wojtowicz is quite the character and whether one views him as a criminal or an altruist, he's a unique host (who often tries to direct his own segments) and Berg and Keraudren's unplanned documentation of his final, wasting years (he died of cancer in 2006) is affecting. Wojtowicz makes an early claim that he had four wives (both male and female, although we only learn of three) and twenty-three girlfriends, but it becomes readily apparent that the most important woman in his life was his mother, Terry. She's another live wire, a salty tongued mom who says 'the service screwed him up' (as regards his bisexuality), but who nonetheless attended his wedding to a man. (John's father is seen briefly late in the film, sitting in a chair reading the paper, a 'man who wasn't there.') Despite his oversized libido (and the small penis which got him the nickname Littlejohn during the 70's gay liberation movement), John was a romantic, someone who believed love equals marriage. He had two sons with his first wife, Carmen, who relates how her family was against the 1967 marriage and how she didn't realize it was her husband when she began hearing about the bank situation on the radio. John remembers how during his service in Vietnam, he awoke to find a buddy 'servicing' him and how it felt like a 'cool breeze.' Back home, he gravitates towards a gay priest within the movement and it is at a Saint Anthony's festival in the summer of '71 that he spies Ernie in 'semi-drag.' It's love at first sight, but after their marriage (Wojtowicz was still married to Carmen and still spending time with his family), Ernie's desire for a sex change caused disharmony and an eventual suicide attempt that landed them both in an asylum. John broke away and it was his need to get Ernie out of this place that was the genesis of the bank robbery. Most of the documentary's running time is given over to the infamous crime, with Ernie describing comical ineptitude to its lead up. Years later, when he was released from prison (with a third wife, George, his longest lasting), Ernie suggests in an interview with the two of them that mob debts were more of a factor than she was. In an attempt to spring a third act 'surprise,' the filmmakers introduce a third brother, one whom John's mother had kept out of sight (exactly why is a little confusing, although he is clearly mentally handicapped to some degree) and the affection between him and John, especially when the nature of the caring reverses, is touching. "The Dog" leaves some questions unanswered and largely sticks with Ernie's point of view (only some on-the-street interviews express outrage and Sal's death is treated almost as a footnote), but it's a fascinating look at one of New York City's most notorious and unlikely personalities. Grade:

Documentary filmmakers Allison Berg and Frank Keraudren have an extraordinarily interesting (and outspoken) subject in John Wojtowicz, a man who has no problem in telling his life story. And what a story it is and what a cast of real characters it has! The film spans 40 years of John’s life, from his days fighting in Vietnam to his marriage to Carmen, the robbery, arrest and incarceration and release and his death in 2006. The filmmakers use current and recent interviews with John, his mother, Terry (you can tell that the feisty lady is John’s mother instantly), Carmen and other who knew him. There is copious archival footage, particularly from the robbery – kudos to Sidney Lumet and company for creating an accurate account of that dog day – including a number of interviews over the years before and after the robbery with Ernest Aron, the reason why John did the robbery. Ernie eventually had the operation and became Elizabeth Debbie Eden after she ended her relationship with Wojtowicz. Others, like Robert Brasset, the head cop on the scene that afternoon, provide their individual insight into a remarkably complex character John Wojtowicz. “The Dog” is the story behind the familiar story of “Dog Day Afternoon” and it answers any and all questions about the man and his motivations.