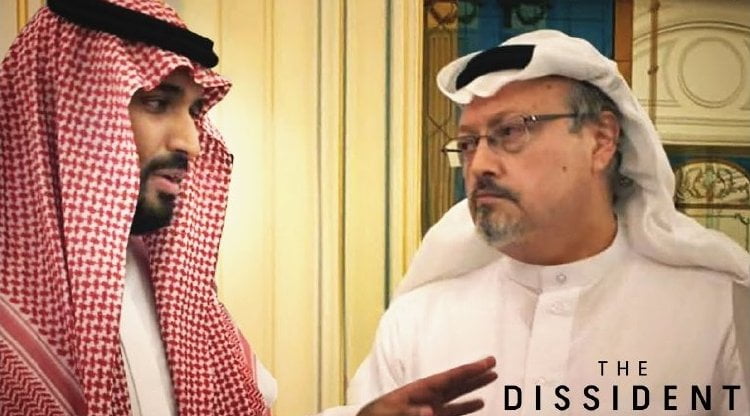 On 2 October 2018, Washington Post journalist Jamal Khashoggi walked into the Saudi Arabian consulate in Ankara, Turkey to get papers for his pending marriage to his fiancée, Hatice Cengiz. He was never seen again. The Saudi government involvement and cover-up of that horrific disappearance is given in-depth investigation into the death of “The Dissident.”

Earlier this year, the documentary film, “Kingdom of Silence,” was released and it covers very similar ground as it, primarily, gives an extensive history lesson of the Saudi kingdom, how it came to be and the power it now yields in the guise of Mohammad bin Salman. This is done to deftly inform the viewer of the political events that led to the brutal demise of Jamal Khashoggi.

With “The Dissident,” director Bryan Fogel does give us the Kingdom’s history, but more like a thumbnail sketch of prior events. Here the filmmakers focus is on the heinous murder itself, giving the film a tabloid sensation feel to the film. This is due to the extensive use of transcripts taken by Turkish authorities investigating the brutal assassination. The words, in writing, are chilling and gut-turning, making me to NOT want to hear the audio itself.

Fogel and his documentary team leave no stone unturned in gleaning all the information, making its case that the Saudi government, with MBS in particular, murdered an innocent man because, until his deplorable end, he loved his country.