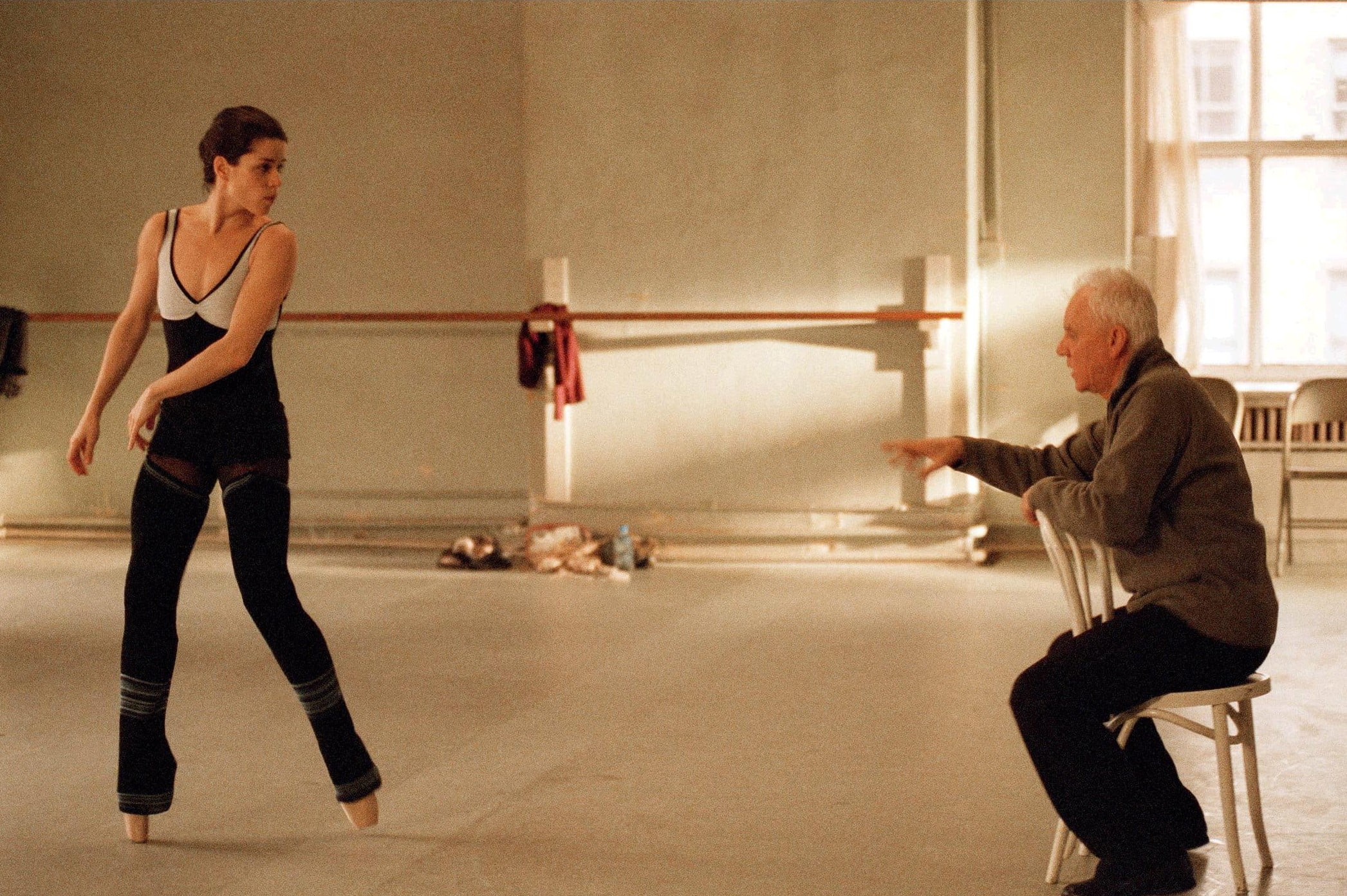 Producer/star Neve Campbell ("Scream"), who studied with the National Ballet of Canada before turning to acting, turned to screenwriter Barbara Turner ("Pollack") and veteran director Robert Altman ("Gosford Park") to bring her vision of a look at a season of the Joffrey Ballet of Chicago to the screen. Working amidst professional dancers, Campbell is Ryan, a troupe member on the verge of becoming a principal dancer in "The Company."

If "The Company" had been made as a documentary instead of fictional feature, it would have been directed by Frederick Wiseman. As it stands, Altman's talents are particularly suited to this slice of life film, which presents all aspects of a ballet company without following a typical storyline. Stunningly lit and photographed by cinematographer Andrew Dunn ("Gosford Park"), "The Company" brings one inside the friendships and rivalries, rehearsals and performances, triumphs and day to day drudgery of the professional dancers who suffer for their art and the primas, star choreographers and company director who live on a higher plane. We're brought into the dance studios where the ballet's season is shaped by the ballet masters and mistresses who rehearse the dancers. Devastating injuries are treated with matter-of-fact replacement and non-principal dancers must take second jobs or live in flophouse-like communal conditions. Ryan has been entrusted by Mr. A (Malcolm McDowell, "A Clockwork Orange, as Joffrey founder Gerald Arpino) with a principal performance (the music segues into "My Funny Valentine," which is repeated throughout the film as Ryan's theme) at an outdoor show that she aces spectacularly despite a dramatic thunderstorm. Altman alternates between performances and the preparations for them, sprinkling in small bits of Ryan's outside life, the dialogue muted like the background action of his more characteristic films. The first performance piece is an exotic ballet, Middle Eastern styled music accompanying a yellow-costumed dancer making Balinese like movements, undulating en pointe. Altman stages Ryan's triumph with a striking use of sound, the music and storm wrapping around each other until we can almost feel the oppressive, gusty air. We're put right inside a strikingly vibrant ballet where Campbell is one of many red-costumed dancers, yet observe a soloist using a trapeze-like swing from perspectives of the audience and overhead stagehands. Ironically, the only dance that disappoints is the climatic "Blue Snake," which resembles "The Nutcracker" as imagined by Maurice Sendak. It has a dramatic visual design, but is only intermittently compelling as ballet. Campbell gives an unfussy performance as a humble dancer enjoying a sweet romance with her chef-boyfriend Josh (James Franco, "Spiderman," "A City by the Sea"). In one of the film's best non-dance scenes, we see the two intercut on New Year's Eve, she working as a cocktail waitress in a goth club, he as a chef in a classy restaurant. She returns home later than expected to find him asleep on the couch, a gourmet dinner prepared and champagne chilling. Campbell blends in well with the professionals of the Joffrey and gives a performance worthy of the fictional standing ovation in her stormy debut. McDowell is hilariously imperative and impervious as the flamboyant director, addressing all as his 'babies,' admonishing them to eat only fish and salad. He is the king of his realm, doling out interrupted attentions to his underlings. Several Joffrey dancers stand out as actors, including Deborah Dawn as the company's 43 year-old prima who continues to act like a diva as her influence is beginning to fade. Davis Robertson is passionate as Alec, a discontented principal dancer. "The Company" is a fly-on-the-wall experience into the world of the ballet that will reward those not looking for a soap opera to enliven action that needs no embellishment.

Iconic film maestro Robert Altman has always had a fondness for big ensemble casts with oodles of stuff going on around them. From "M*A*S*H" and "Nashville" to "The Player," "Short Cuts" and "Gosford Park," he has always displayed a genius for telling his story against a complex background of characters. Now, he utilizes his well-honed perspective to give us a view into the world of ballet through the eyes of one of the members of "The Company." Working with the complete cooperation of the Joffrey Ballet of Chicago, Altman follows the troupe through a dance season and focuses on one of its rising stars, Ryan (Neve Campbell). Altman uses a documentary style in creating "The Company" as he follows the players in the ballets from the start of the practice sessions, where decisions are made as to whom will be the lead the performance and who will be just an extra. As the dancers and their roles become more defined we follow them through the practice and the pain as the performers dedicates himself or herself to their art. This all culminates in a series of performances that take us through to the end of the dance season. The helmer anchors his film in the reality of the day-to-day business of the company and uses, primarily, its members as his principal cast. There is a story that is used to bind the characters to life and not just dance. Ryan is competing for center stage with the rest of the troupe and, when the camera is not shooting the practices and performances, it follows her through her non dance time as she works as a cocktail waitress and has eyes for Josh (James Franco), a chef at a posh restaurant who happens to also have eyes for Ryan. But this little romance is more of an aside than integral to the life of the Company. The film is best when it shows the nuts and bolts of making a ballet from first ideas to full-blown production and all the energy that it involves. Neve Campbell, who does all of her own dancing in the film and is the only actor among the talented troupers of the Joffrey Company, is joined by non-dancing actors James Franco, as Ry's love interest, Josh, and Malcolm McDowell in a small but vital role as the head of the Company, Mr. Umberto Antonelli. McDowell is flamboyant and very vocal as the arrogant company director who claims to give his artistic folks complete control then constantly, and often humorously, puts in his two cents over ever aspect of the performances, costumes and production design. The real draw to "The Company" are the numerous and beautifully performed dance numbers. In particular, the opening dance, performed in a park during a thunderstorm, is quite striking and expertly lensed. The only piece that I can criticize is the big finale number, called the Blue Snake. Whereas the preceding dances where all tastefully costumed and elegantly performed, the Snake number is garish in costume and concept that felt out of place considering the grace and beauty of the rest of the stage routines. But, hey, what do I know? "The Company" is another exercise for the great Robert Altman akin to his more complicated "Nashville." It is nice to watch such a master experiment with his work and delve into things that interest him. He garners quite decent performances, on the acting side, from the Joffrey folk but I think the documentary style and sparse production helped to keep the non-actors comfortable in front of the camera eye. The beauty of the dance and the realistic portrayal of the life of a dance company make "The Company" a niche film that won't likely garner big box office numbers but will have a long life with those who love the ballet.