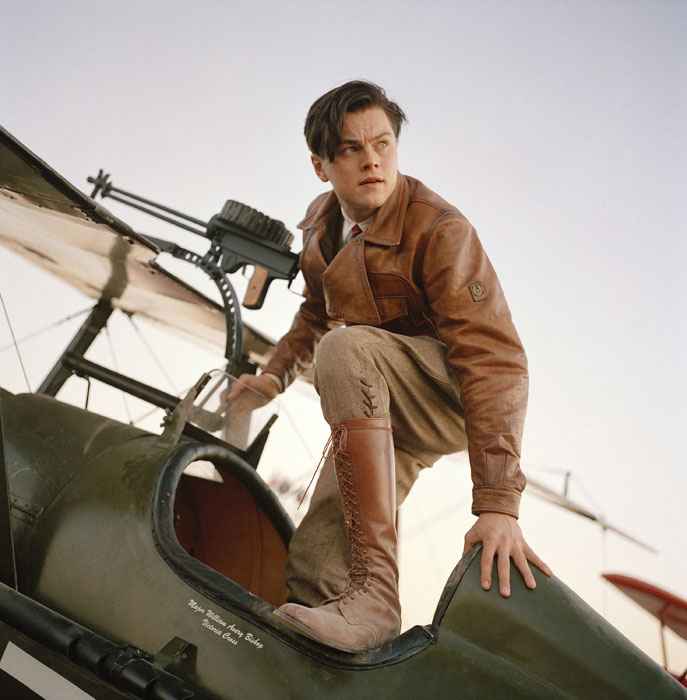 Today’s public remember Howard Hughes as germ-obsessed billionaire recluse and scraggly-haired, unwashed resident of the top floor of the Desert Inn in Las Vegas depicted in the 1980 film “Melvin and Howard.” But, in his early days he was wealthy owner of a tool manufacturing company, epic film producer/director and inventor of the half-cup bra. He also made another claim to fame when he received his pilot’s license and became “The Aviator.”

In a small Virginia town, police respond to a violent murder scene in a family home. The three people who have been slaughtered are known, but no one knows the identity of the partially buried young woman found in the basement. Lieutenant Wade (Jane Perry) notes that there appear to be no signs of violent entry, instead the scene suggesting people were trying to get out. That observation will prove prophetic that evening in Tilden Morgue and Crematorium as Tommy Tilden (Brian Cox) and his son Austin (Emile Hirsch) perform "The Autopsy of Jane Doe." With the director of "Trollhunter," André Øvredal, and stars Cox and Hirsch, one would expect something more than a run-of-the-mill chiller, but while there are some good effects and atmospheric locations, the story from TV's 'Dead of Summer" writers Ian B. Goldberg and Richard Naing bogs down in a muddled mythology. There is a circular aspect to the tale that makes it a horror subgenre mashup of the autopsy and curse movie, but, one hopes, not an open ended sequel grab. Tommy's grief over the loss of his wife hints at dimensions in Jane's tale but the writers fail to integrate it into their story, a missed opportunity for more depth. The Tildens are wrapping for the day. Austin's girlfriend Emma (Ophelia Lovibond, "Guardians of the Galaxy") arrives for their date, her first visit to his place of work. She has a morbid curiosity, asking to see one of the dead bodies. Austin is surprised when his father agrees, but Tommy is toying with the girl, only allowing her to see enough, like the bell he attaches to every corpse's ankle, to tease her imagination. But before the couple leave, Sheriff Sheldon Burke (Michael McElhatton, "Albert Nobbs," "Shadow Dancer") arrives, wheeling in his crime scene's Jane Doe (Olwen Kelly). Austin promises to meet up with Emma later that night, as this autopsy cannot wait. Everything about Jane is extraordinary, beginning with her flawless skin. But as the father and son team dig deeper, little makes sense. The cloudiness of her eyes contradicts the pliability of her limbs. Her wrists and ankles are broken, but their is no surface trauma. When they find vaginal wounds, Tommy suspects human trafficking. Then a cloth printed with ancient runes is pulled from her throat. Her heart bears cut wounds and her lungs have been burned. Thunder begins to rumble, news of a ferocious storm comes over a radio that has seemingly developed its own will. When the lights go out, both Tommy and Austin begin to see horrors that defy explanation. There was the germ of a good idea here, but the screenplay devolves into cliched genre tropes. Goldberg and Naing suggest one identity for Jane, only to upend it, a contradiction which may have even worked given a bit more polish. In dissecting "The Autopsy of Jane Doe," the parts prove more interesting than the whole. Grade:

I am not a big fan of horror films, with a few exceptions, but when one comes out starring Brian Cox and Emile Hirsch, I figure it might be worth a look. Unfortunately, I was disappointed in the film, its stars and, particularly, the unoriginal screenplay. The name recognition will draw some viewers but the routine story, I will not embellish on it, left me less than satisfied. It is a dark and stormy night when the police uncover the particularly ghastly crime scene and discover the seemingly unmarred body of the titular character – I say character because Olwen Catherine Kelly, staring at the camera for nearly the entire film, becomes a person under investigation. The findings from the autopsy are intriguing but things become routine jump-out-of-the-dark moments with people doing dumb things against all reason. Sometimes, a horror film works for more than just the fans. “Rosemary’s Baby” and “The Exorcist” (and “The Exorcist III,” my own guilty horror film pleasure) were accepted heartily by the masses and deserved the acclaim of the time. Most, though, do not even get on my radar screen, if I even bother with them. I feel, with the star draw but uninspired story, that I was cheated by the filmmakers.