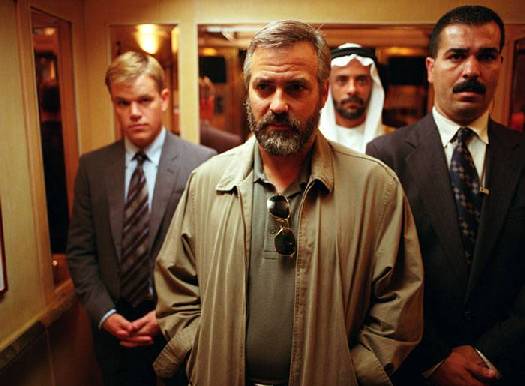 The gods visit the sins of the fathers upon the children. - Euripides Syriana: an imperialist attempt to remake a nation in one's own image, a reference to Syria's peacekeeping efforts from 1990-2005 in Lebanon.

Yoav (Tom Mercier) was born in Israel but, deep down in his heart, he knows he is really French through and through. He vows to forgo speaking Hebrew and buys a one-way ticket to Paris and arms with what will be his ever-ready French-Israeli dictionary. Once there, he faces cold, hunger and homelessness but he is undaunted in being French in “Synonyms.” This reflective autobiography by director and co-writer Nadav Lapid (with co-scribe Haim Lapid) is not the kind of narrative storytelling that will be immediately embraced by the viewer. But, there are some aspects in this tale of delusion and self-importance that peaks some interest. The story, basically, is about a young Israeli man trying to get away from his past life, and embrace a chosen new one, only to have that past thrust in his face every day. On his very first day in Paris, he goes to an empty, cold and unheated apartment. But, as he showers, someone breaks in a steals all of Yoav meager possessions and money. Naked, cold and all alone, he sleeps in the bathtub and almost freezes. Welcome to France. A well-to-do neighbor couple, Emile (Quentin Dolmaire) and Caroline (Louise Chevillote) find the unconscious Yoav, take him in and nurse him back to health. The give him clothes, a coat, a cell phone and money and take the refugee under their protective wing. Instead of being the strong and capable Neo-Frenchman, Yoav, without realizing it, becomes an object to be manipulated by his benefactors. The story is about Yoav coming to face what his life really is – and it is not what he ever imaged. The title, “Synonyms,” comes from Yoav’s constant poring through his French-Israeli dictionary and reciting all the synonymous words that he learns – most are negative. The story, with that in mind, is about a delusional young man who cannot see the difference between his dreams of Frenchness and the reality of being an immigrant with scant chance of living his dreams.