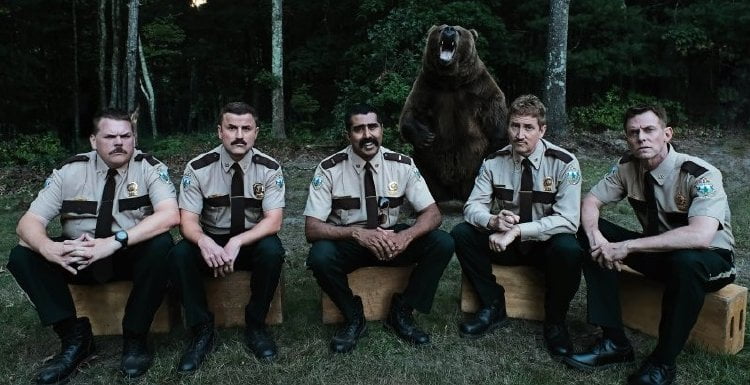 It has been 17 years since our favorite law enforcement screw-ups – Thorny, Farva, Mac, Rabbit and Foster – tore up the roads of Vermont making pranks and having fun. Now, a crisis with Canada is looming and the boys are called in to the rescue in “Super Troopers 2.”

Did I mention that it has been 17 years since the Broken Lizard comedy troupe first came on the scene with “Super Troopers”? That is a long time to wait for a sequel, even for a really good original. I would love to say that “Super Troopers 2” is the best comedy sequel ever! But, it is not and just a lot more of the same, with the addition of anti-Canada riffing, including many, many jokes (if they can be called that) to the Canadian pronunciation of the word “sorry.” Real funny, huh? There are a few laughs (very few, for me) to be had while watching what is a lame carbon copy of the original. I do wonder, though, about the reasoning by the filmmakers to wait nearly two decades for the sequel. The tweenie guy audience that loved the first one and its toilet humor have, hopefully, matured since then and moved on. So, who is “Super Trooper 2” aimed at? Damned if I know.