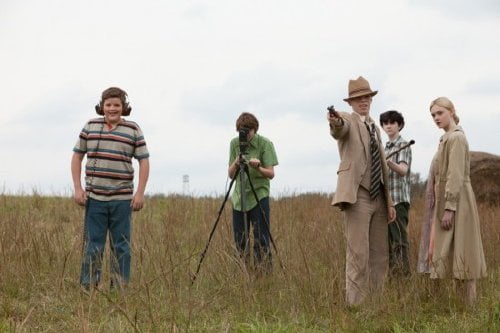 In the summer of 1979, a bunch of small town Ohio kids set out to make their very own zombie movie. That's exciting in and of itself, but after a train crash which the military cloaks in secrecy, all kinds of weird things begin to happen. And fledgling filmmaker Charles (Riley Griffiths) caught something on "Super 8."