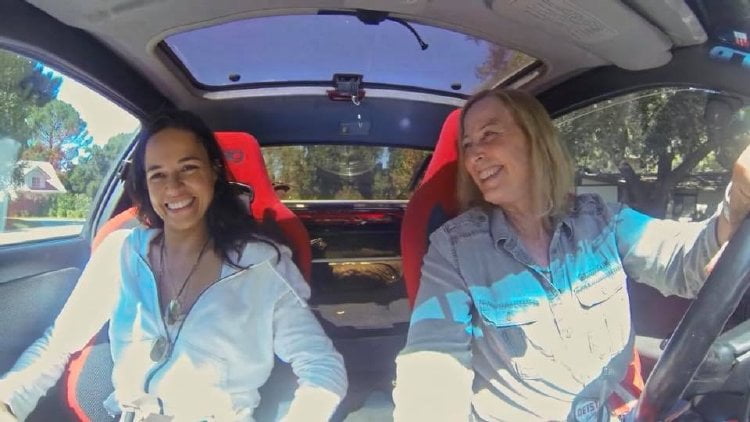 How many times have you watched your favorite action star pull off some dangerous and spectacular act? “All the time,” you would say. But the reality is that person is not the star and, for women actors, they are “Stuntwomen: The Untold Hollywood Story.”

I have been a fan of action movies my whole life and, early on, I realized how important the people performing those intricate and death-defying stunts are to our movie-going pleasure. I have always considered stunt people to be the unsung heroes of the film industry and it gladdens my heart that that documentary filmmaker April Wright has brought the contributions of stuntwomen to light with her third feature.

Michelle Rodriguez wears several hats here as producer-narrator-participant and helps bring us the history of women in stunts and it is a remarkable story. In the early days of film, women were prominent as directors, stars and, yes, stuntwomen – one of the first of whom was Helen Holmes and we get a taste of just how tough a biz it was back in the day.

Then, the era of the big Hollywood studio system came to be and the stars, particularly the femme wonders, became too valuable a commodity to risk harming. The birth of the stunt business on a grand scale came to be but, as is the usual case, it was a man’s world and few women could break into it.

As time and technology, and a consumer thirst for bigger and better action stunts, the need for actual women, not men, to perform the femme star stunts came to be. Michelle Rodriguez, as hands-on narrator and interviewer, and April Wright assemble a treasure trove of stuntwomen, past and present, to discus the business and its difficulties – injury, politics and chauvinism in equal parts in the equation for stuntwomen, it is a whole different world for that of the stuntmen.

The sheer number of stuntwomen who take part in this fascinating documentary is too large to give much shrift to any one, or several. I will mention Jeannie Epper who, most notably, was a stunt double for Lynda Carter in the 1975 TV series, “Wonder Woman.” But, you have to just take a look at her and others’ filmographies to get an idea of their contributions to the movies we love. Their secret? The best ones are invisible.