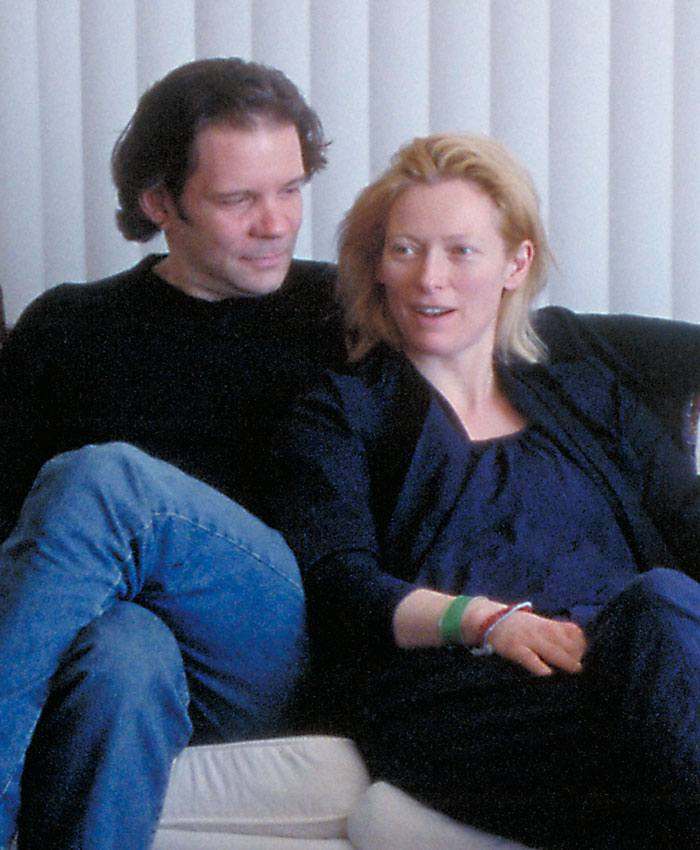 'FBI - what about the culture in my yogurt?' - protest sign outside of Grand Jury Hearing

Steve Kurtz (Himself or Thomas Jay Ryan, "Henry Fool," who also appears as himself) is a professor of art at the University of Buffalo and, along with his wife Hope, a founding member of the Critical Art Ensemble, a group who use art installations to get the public to interactively discover some dubious links between Government, commerce and biotechnology. On May 11, 2004, Steve woke to discover his wife dead of congestive heart failure and, distraught, called 911. When police arrive and discover the elements of an upcoming show for the Massachusetts Museum of Contemporary Art, they arrest Steve and detain him on suspicion of bio-terrorism because of a "Strange Culture." Writer/director Lynn Hershman-Leeson has ingeniously side-stepped around some tricky legal obstacles by taking an "American Splendor" approach to tell Kurtz's story. Because the professor is not allowed to discuss the events leading up to his wife's death, Hershman-Leeson uses actors to recreate these scenes, interspersed with talking head commentators to avoid turning her film into fiction. Jay Ryan and Tilda Swinton ("Michael Clayton") portray the couple and also appear as themselves once Kurtz can speak for himself to voice their support and outrage. The Kurtz's next show was an expose on genetically modified foods (or GMFs), a practice allowed in the United States without notification to the consumer. There is no known long term result of eating such foods. Japan sits on the sidelines watching the U.S. as their control subject while Swinton informs us that European nations must label such foods and that where she lives in Northeastern Scotland is one of the first areas to declare itself GMF-free. And so, when police arrive and find (perfectly legal) lab equipment and petri dishes in the Kurtz's home, their post 9/11 alarms cause them to notify the FBI, who in turn question a card with Arabic writing (an invitation to the art show which precedes theirs at MOCA) and the foil lining upstairs windows (Kurtz often sleeps during the day). Kurtz tasted the powder in his petri dish in front of agents to prove it was safe, but still, they hustled him off into custody and took possession of his wife's body. They later arrive in Hazmat suits and evacuate the block surrounding the Kurtz house - what they eventually leave behind, had anything in the Kurtz home been the least bit dangerous - would have been nothing short of an ecological disaster. And they left Steve's cat locked in his attic in mid-summer with no food or water. Just when I was beginning to question what the reason was for all this obvious insanity, along came someone to explain - the FBI saw this situation as an opportunity to not only extend their reach into academia, but into the art world as well, shutting up more dissenting voices at will. We see the immediate effect of Kurtz's arrest when his students are afraid to sign petitions and expose themselves to the F.B.I. Kurtz, an engaging subject, relates a story of possible FBI entrapment with a combination of great mirth and verging hysteria, the agency's tactics are so ludicrous. Hershman-Leeson makes no attempt to obtain viewpoints from anyone other than the victims' perspectives, but on the other hand, the facts speak rather loudly for themselves. The man who was a suspected terrorist is now facing a twenty year jail term for an entirely different charge - mail and wire fraud. As one associates observes, this is the first time in U.S. history fraud charges have been issued where neither party was defrauded.