Stranded: I've Come from a Plane that Crashed on the Mountains 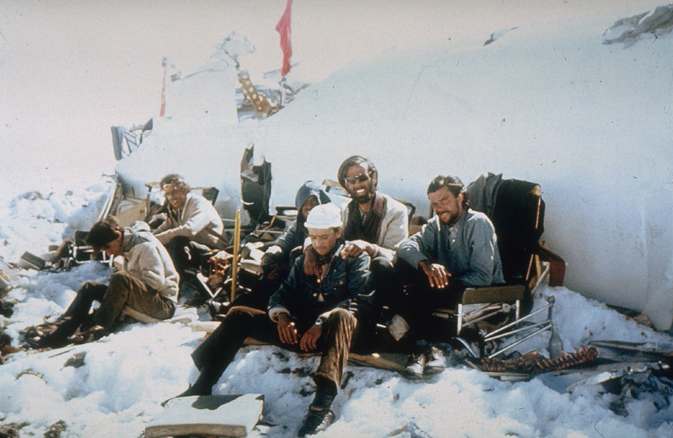 Anybody old enough to remember 1972 could never forget the tragedy that befell the Uruguayan national soccer team when their plane, carrying 45 passengers, crashed on the jagged, snow-covered Andes mountains while en rout to a match in Chile. The tale of the survival of 16 of them over 72 brutal days is remembered most, though, when the survivors told their tale which included the necessity to eat their dead comrades in order to stay alive. First-time documentary feature filmmaker Gonzalo Arijon brings the real story of fortunate/unfortunate survivors in "Stranded: I've Come from a Plane That Crashed on the Mountains."

Gonzalo Arijon, a childhood friend of the survivors, comes from an obviously more personal point of view than this story has been given before and his juxtaposition of current day survivors telling their tales, some at the crash site, with recreations processed to look like old footage gives a real feeling of being there. There is a lot more to this story than the cannibalism aspect, such as how that story was fed to and interpreted to the media after the fact. An avalanche which cost six lives led many of the survivors to experience near death and to a man they describe it as a place they wanted to go. "Stranded" may be the ultimate tale of survival, but Arijon's film is distinctly spiritual.