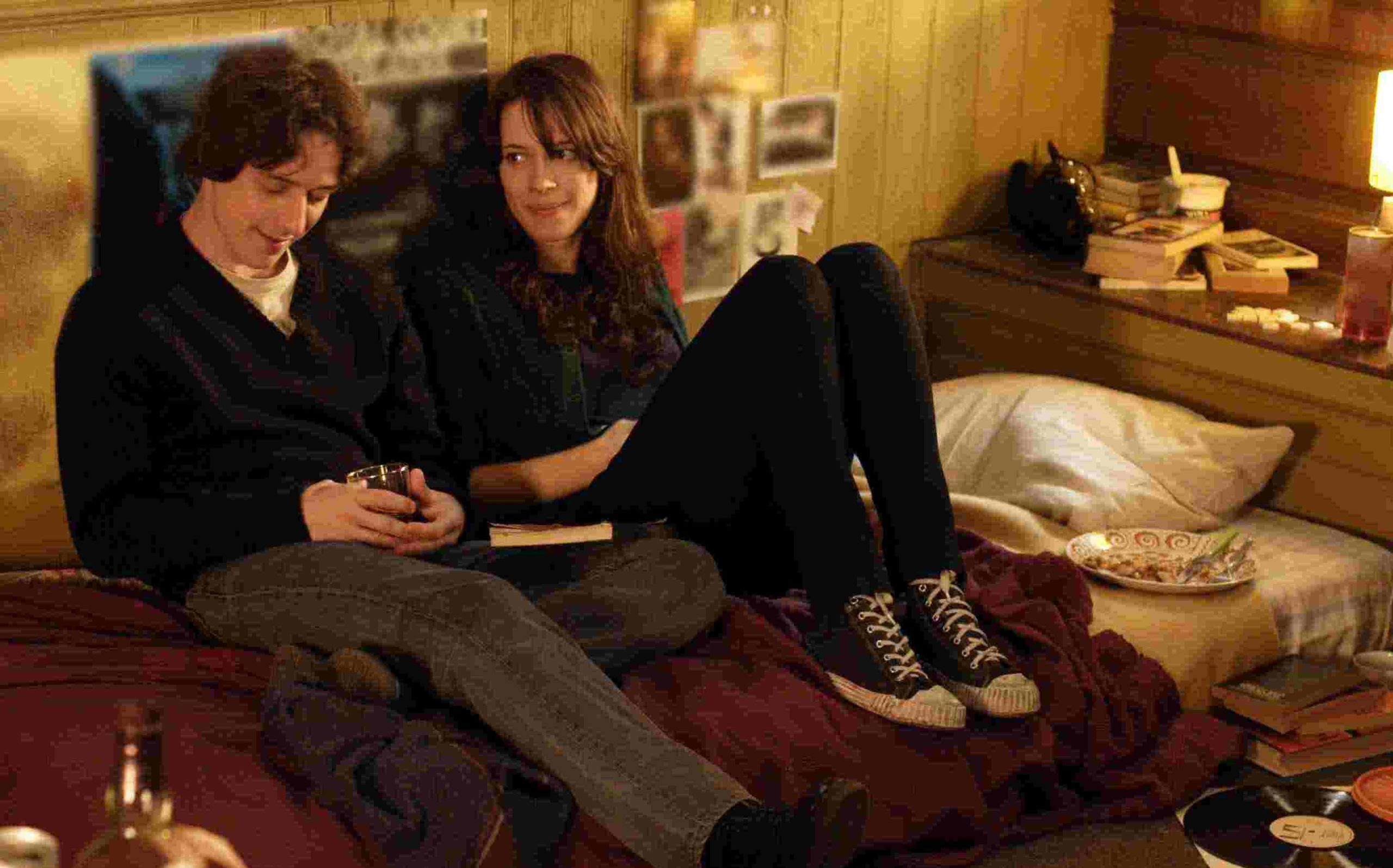 Working class lad Brian Jackson (James McAvoy, "The Last King of Scotland") always wanted to be clever, glowing in his father's praise when, as a young boy, he could compete with the University Challenge players on the telly. As a young man, Brian talks his way into Bristol University where he meets a radical young woman and signs up for the school's Challenge team audition for a shot at televised academic glory with a "Starter for 10."

The underdog student who shoots for glory only to scuttle himself and the bedazzled bloke who misses his true love in pursuit of an idealized woman are themes that have been played in such films as "The Girl Next Door," "The Sure Thing" and even "Jerry Maguire" and the 1980s gave birth to much of the genre. There is nothing new being said in novelist/screenwriter David Nicholls's paean to his own youth, but working with Bristol college bud, director Tom Vaughan, and a cast of up and coming British actors Nicholls's story attains a mangy kind of charm. First and foremost is lead James McAvoy, the most promising and potent young British actor on the scene today. McAvoy's got a sneaky appeal, a bad boy wannabe dressed in lamb's clothing, and romantic comedy is a natural fit. Advised by his unambitious mates, Motorhead addict Tone (James Corden, "The History Boys") and mix-tape specialist Spencer (Dominic Cooper, "Breakfast on Pluto"), not to become a 'poncy wanker,' Brian heads off to school and flirts with both adjectives. His roommates appear to be drag queens, until, that is, they invite him to join him at the Tarts and Vicars party where he'll meet Rebecca Epstein (Rebecca Hall, "The Prestige"), the arty activist whose Jewishness he finds exotic and who listens to his poetry. But its the blonde upper class Alice Harbinson (Alice Eve, "Stage Beauty") who really turns Brian's head and whose request for answers during the Challenge auditions lands him off the team (and the theme of cheating will be addressed in altogether different circumstances at the film's climax, a lesson well learned played to detrimental effect). He's right back on it after a propitious accident fells another member and his early successes drive prissy three-time team captain Patrick (Benedict Cumberbatch, "Amazing Grace") into fits of jealousy, but Brian's concentration is splintered when his discovers his interest in Alice is reciprocal. Once he's past the 'kiss of death,' that is. If McAvoy's is the filmmakers' embodiment of their experience, their superb soundtrack is its dressing, a veritable treasure trove of 80's classics from The Cure, Echo and the Bunnymen, The Smiths, New Order, Kate Bush, Tears for Fears and the Psychedelic Furs. Then there are the details that paint an individual and make him relatable - the dual-natured attachment to a deceased dad's corduroy jacket, the affection for an embarrassingly coddling mom (the wonderful Catherine Tate), an attempt at sophistication turned on its head, an ice cream truck for transport. They don't get everything right, though. A pot-smoking interlude renders Brian like a "Reefer Madness" maniac after several hours of sleep and the eventual consequence of Spencer's school visit is glaringly obvious from the get-go. Rifts are healed with a natural rhythm, though, and the film wraps on solid footing. "Starter for 10" is a romantic comedy that reaches further, exploring class differences and ethics without bogging down. It's a collegiate caper with heart.

Brian Jackson (James McAvoy) has been obsessed with having all the answers since he was a little boy watching “University Challenge” on the telly with his mum and dad. Now, he is all set to head off to college and conquer the world. He tries out for the school’s own Challenge team and, despite the efforts by team captain, Patrick Watts (Benedict Cumberbatch), to keep him out, he makes the cut in “Starter for 10.” Brian, away from home for the first time, is slow to accept the freedom of university life. He goes to a Vixens and Vicars party with his roommates and meets pretty young radical, Rebecca Epstein (Rebecca Hall). He is taken with the girl but not her to him. Later, he spots a flyer calling for auditions to try out for the Challenge team. He is among the four that show up for the tryout but does not make the team, losing out to the gorgeous Alice, who he helped to cheat on the quiz questions during the tryout. Relegated to alternate status, Brian works with the team and falls for Alice (Alice Eve). An accident befalls one of the team members and Brian makes it to the front row, and into Alice’s heart. But, is the match made in heaven? Helmer Tom Vaughn gives us a conventional love triangle story between attractive characters, set amidst the British equivalent of “Granite State Challenge” (a long-running New Hampshire TV school quiz program to those of you not from New England). The actors make a big difference to this convention with James McAvoy proving his capability, once again, as a fine young actor. Alice Eve, as Alice, and Rebecca Hall, as Rebecca, play well off McAvoy, making the triangle interesting if a bit predictable. The supporting cast is well fleshed out with Benedict Cumberbatch stealing the show as the captain of the Challenge team. It’s a remarkable performance when compared to his other current film, “Amazing Grace,” where he plays British prime minister William Pitt. Quite contrasting perfs for an actor I will now watch for, with interest. Dominic Cooper does a solid job as Brian’s blue collar buddy, Spencer. The rest of the cast is serviceable. Starter for 10” doesn’t really cover new ground but is a showcase for its good looking leads. Techs are by-the-numbers competent. This one might be better as a NetFlix rental rather than forking out the dough to see it at the theater.