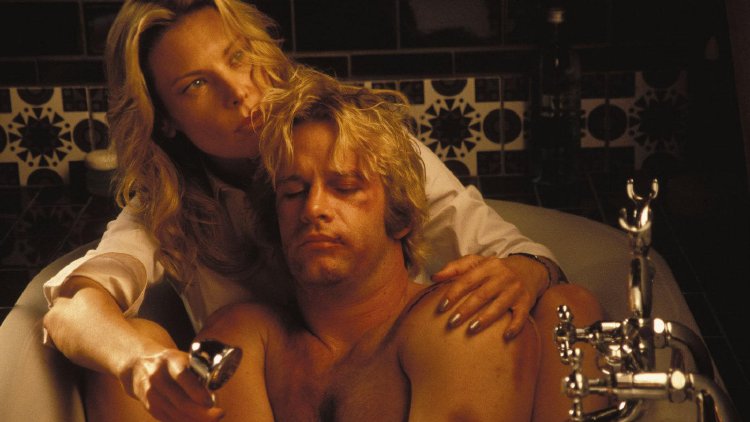 In the late 1970’s, the segregated black townships of South Africa were seething with hatred for the white minority apartheid government. Andre Stander (Thomas Jane), the youngest captain on the South African police force, is on riot duty in one of the centers of discontent and, when violence breaks out, he kills one of the rioters. This act changes the man from staunch supporter of his government into the country’s most famous bank robber in “Stander.”

The killing that Stander committed “in the line of duty” had such an impact on the man that he refused to comply with his commander’s order to return to riot duty. Such a move, he knows, will ruin his budding career as the rising star on the S.A.P. When, one day, the entire station is emptied out for riot detail, Stander finds that he is alone. On a whim, he walks into a nearby bank, draws his gun and robs it. He calmly walks out, buys a newspaper and drops the loot into the lap of the surprised newsboy before returning to the station. His clean escape emboldens the young cop and he begins to take a liking to the excitement and danger of his newfound calling.

Stander continues his audacious crime spree and becomes a master of disguise, robbing a bank during his lunch hour then coming back in his official form to investigate the robbery. As Stander’s criminal notoriety grows, so does the interest of his bosses in the string of robberies. Their public embarrassment at not stopping the crime spree force a huge effort, ending with Stander’s arrest and conviction. He is sent to prison for a long, long time.

The South African authorities keep Stander under lock and key for three years. During this time in prison he befriends Allen Heyl (David Patrick O’Hara) and Lee McCall (Dexter Fletcher) and the trio plan and execute a daring jailbreak. Dubbed the Stander Gang, the three criminals begin a bank robbery spree of legendary proportions, sometimes robbing as many as 4 banks a day. They become South Africa’s most notorious outlaws and most popular anti-heroes.

Bronwen Hughes, whose previous works were the cute Harriet the Spy” and the non notable “Forces of Nature,” gives us a pleasant surprise with her taut, well-made crime drama that agreeably showcases Thomas Jane in the title role. Jane handles his center stage duties quite well and the actor is aided immeasurable by his costars O’Hara and Fletcher. The film works best when these three are together and a real chemistry takes place among these disparate characters. Things work less well when Jane plays off Deborah Kara Unger as Stander’s wife Bekkie. It’s not that there is a problem; it’s just that Unger is saddled with the two-dimensional role as the suffering spouse. Other support is well played.

Browen and her crew craft a good period docudrama that steeps itself in the tensions and violence of that time when the vast majority of South Africans were yoked by the iron hand of the Afrikaaner minority. The helmer’s stylistic you-are-there look to the pivotal riot sequence is reminiscent of Peter Greengrass’s Bloody Sunday” and the whole film is well-captured by the skilled lens of relative newcomer Jess Hall. Costume (Darion Hing) and production design (Lester Cohen) do a masterly job in creating the look and feel of the often violent world of Johannesburg during that volatile period in South African history.

A good story, well crafted, with a glimpse into a hitherto unseen world represents a leap forward, artistically, for Hughes. Unfortunately, “Stander’s” release is having problems and few may have the opportunity to catch it at the theater. Put it at the top of your pick list when it comes out on DVD.