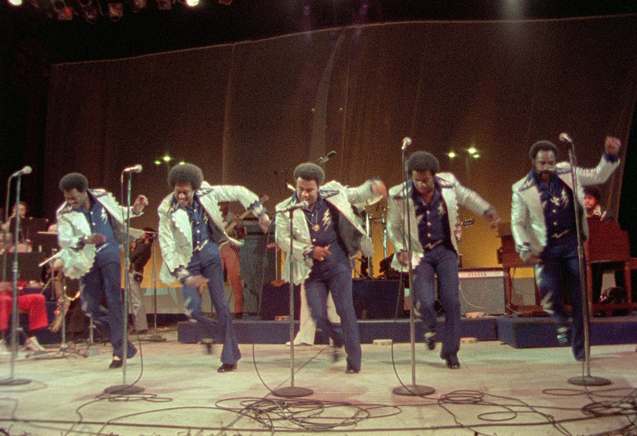 In 1974, the famous heavyweight fight between Muhammad Ali and George Foreman was scheduled to take place in Kinshasa, Zaire – the much-anticipated Rumble in the Jungle. Six weeks before, a bevy of African-American and African musicians gathered in the capital city to perform in a music festival, bringing “home” such R&B icons a James Brown and B.B. King. Filmmaker Jeffrey Levy-Hinte dug through about 125 hours of footage from the event to chronicle the music fest called Zaire ’74 in “Soul Power.

If you saw the first-rate 1996 documentary, “When We Were Kings,” about the weeks leading up to and including the famous Rumble, then you were made privy to a goodly amount of the material used to form “Soul Power.” The difference between the former film and the latter is that “Soul Power” is a rehash of what we saw in “Kings.” There is nothing new in this chronicle except, perhaps, there is a bit more music this time around. Rhythm and Blues and soul music greats include the Godfather of Soul, Mr. King and his Lucille, Bill Withers and the Spinners as well as African-born Miriam Makeba (doing a song in her native “clicking” tongue) and Celia Cruz. The list of iconic musicians is long but each are given very little shrift on stage, with James Brown getting top spot with just three songs. The rest, including B.B. King, get a single number apiece. Much of the film’s run time follows Ali as he prepares for his upcoming battle, again rehashing the same material used in “Kings,” and interviews with the musicians, excited by the prospect of performing for “their” people. Director Levy-Hinte and editor David Smith take the copious footage shot decades ago and sort it into a politically correct music documentary that doesn’t have enough music and fails to delve into the socio-political situation under the Zairian dictatorship in 1974. “Soul Power” does an enthusiastic, if pedestrian, job in showing the excitement aroused among the locals as the three-day concert event drew near. Unfortunately, the work, even with its classic performers and songs, falls short of sparking the thrill it should.