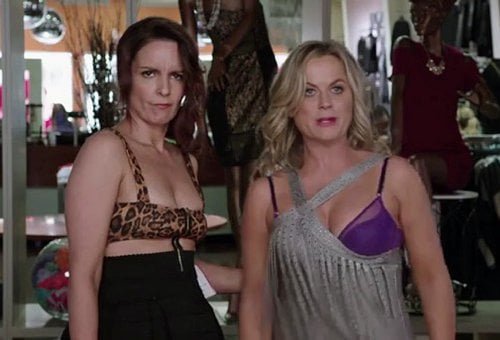 Maura (Amy Poehler) is devastated when her parents break the news to her: they are selling their home, the place where she and her sister Kate (Tina Fey) grew up and it holds their fondest memories. When Kate finds out about the sale, the two join forces to have one last party in their beloved house, a party that will rekindle their past glory, in “Sisters.”

Maura Ellis (Amy Poehler) gets a one-two punch during a Skype call with parents Bucky and Deana ('Life in Pieces' costars James Brolin and Dianne Wiest) - not only are they selling the family home, but they're leaving it to Maura to tell her older, more dramatic sister Kate (Tina Fey). Maura gets Kate down to Florida under false pretenses, only to discover the house is already sold. Kate is furious Maura knew and didn't tell her, but the two patch things up and decide to throw one last 'Ellis Island' party for their old high school crowd before papers are passed in "Sisters." How can two women who are so hilarious together hosting awards shows produce such a dreadfully unfunny film? This alleged comedy has exactly three laughs, and they aren't supplied by the stars but by Jon Cena, John Leguizamo and a music box. "Sisters" feels like "Project X" for grownups who should know better. The basic setup has young Maura as the responsible, good girl nurse with Kate the irresponsible party girl hair stylist. Kate is introduced crashing on the couch of an acquaintance doing an eyebrow dye for a client with obvious results as she's distracted by Maura's phone call. Kate also has a college aged daughter, Haley (Madison Davenport, "Noah"), who refuses to tell her her whereabouts. The two meet up and drive to their childhood home, stopping to sexually harass James (Ike Barinholtz, TV's 'The Mindy Project'), who is renovating his recently deceased parents' home a few doors down, a skill that will come in useful later. The sisters are dumbfounded when they pull into their parents drive, adorned with a 'Sold' sign. Bucky and Deana have already moved into a senior community and instruct the girls to clean out their old room. This leads to silly montages of the two having one big old nostalgic sleepover and cooking up their farewell party idea. Kate wants to make sure Maura has sex in their childhood bedroom, something she's done often, while there is still time. After trips to buy dresses, get their nails done (where do-gooder Maura invites manicurist Hae-Won (Greta Lee, "St. Vincent")) and stock up on provisions, the party commences in stodgy style until the sisters have the idea of getting old pal Dave (Leguizamo) to contact his drug dealer Pazuzu (John Cena, "Trainwreck"). 'SNL' writer Paula Pell has basically taken a passé manchild/high school comedy and retrofitted it for Fey and Poehler with a couple of secrets thrown in to add tension between the two. The cast is peppered with SNL alum like Bobby Moynihan as the corny class clown, Maya Rudolph as Brinda, Fey's old rival, and Rachel Dratch as the lonely, depressed Kelly. Rudolph tries, at least, with her tortured pronunciation of words, but she's defeated by the material. Director Jason Moore ("Pitch Perfect") mistakes shrill energy and massive, often nonsensical destruction, for comedy. Not even the outtakes during end credits produced a flicker of a smile. Perhaps the filmmakers were inspired by Amy Schumer's female driven success with "Trainwreck," but instead they're produced a literal one. Grade:

Tina Fey and Amy Poehler starred together in the less than stellar 2008 film, “Baby Mama” and lightning fails to strike, again, with “Sisters.” The premise of the story is hoary with age. Two sisters, all grown up, learn about the pending sale of their childhood abode and plan one last big bash, inviting everyone they knew from their previous parties during their youth – to expected results and shenanigans. The basis of the film, adults acting like juvenile, is not really funny and the talents of Fey and Poehler cannot overcome the poorly written screenplay by sophomore director Michael McCullers (also responsible for the abovementioned “Baby Mama). The last big party idea has its roots in films like “Animal House” and, if the characters were actually juvenile, it might work with younger audiences. But, the target for “Sisters” is an older demographic than the 18-24 year old viewer and it misses that he bull’s-eye by a mile Fey and Poehler are pillars of comedy on television but their choices in selecting feature length films together have not worked, at least for me. I think I chuckled three times while watching “Sisters” and none involved the titular siblings.