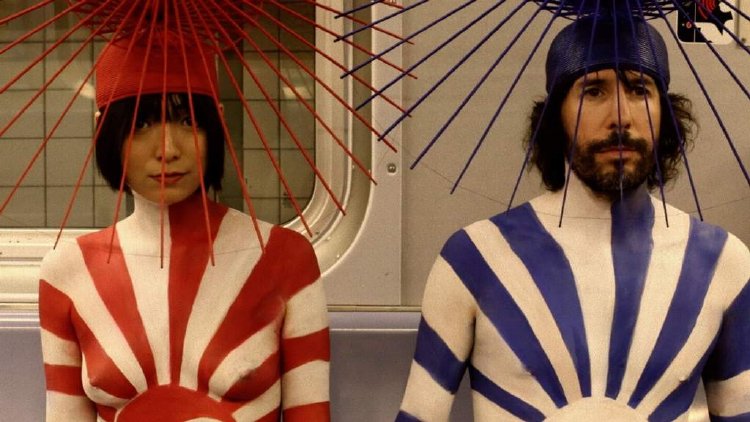 Steve Markle tells us he was so geeky as a teen, he thought tap dancing was an appropriate act for his high school talent show (footage confirms his self ascribed label).  Having just proposed to his long time girlfriend Amy at Christmas only to be told she felt she’d been ambushed, he now finds himself 42 and still single.  Wishing to find a woman to settle down with, he decides to go out and interview interesting woman ‘for his documentary,’ visiting old crushes in L.A., hat designers in New York City and butchers, firefighters, pilots, dominatrixes, lumberjacks and Toronto’s own infamous serial-dater-for-free-dinners in “Shoot to Marry.”

This idea has been done before, and better, in 1986 by Ross McElwee in his “Sherman’s March: A Meditation on the Possibility of Romantic Love in the South During an Era of Nuclear Weapons Proliferation,” another documentary precipitated by a painful breakup.  But writer/director Steve Markle, a shaggy haired, bearded, low key guy whose descriptors of non-athletic, non-religious, unhappy and not confident turned up zero matches on dating sites, has stuffed a lot of adventure with a wide variety of women into a seventy-four minute running time.  The film is often amusing, always interesting and admirable in showing women in a very wide spectrum of careers, but that unsettling issue of Markle’s approach, pitching his documentary as one ‘about women,’ while trying to find a mate, nags.

Still, Markle’s an engaging character, so easy to spend time with here one wonders just why he’s had such a hard time finding a mate.  He showcases his parents early on and they charm (the secret to a good marriage, according to dad is ‘We have sex almost every day of the week – almost on Monday, almost on Tuesday…’).  A first date arranged by a professional matchmaker doesn’t work out, so Steve leaves Toronto for L.A. to visit long time artist crush Kate.  But while they seem very compatible, her proclamation that she is bi sends him scrambling.  He heads to NYC and approaches women on the street, having an all afternoon conversation at an outdoor café with Jade, then becoming a model for hat designer Heidi Lee.

The artifice of the documentary begins to rear its head, though, when he visits Jana, the owner of sex club Oasis.  Warned that cameras are not allowed inside, we nonetheless follow him through his several encounters there.  His visit to another old crush, now married, finds a woman despondent over the demands of an autistic son that have left her with no sex drive, such uncomfortable on camera admissions one wonders how the film was received by her husband.  Then there is the case of the seemingly perfect match, who inexplicably pulls away only to pop up again just in time for a climax and happy ending.  It all seems a little too neatly constructed, ‘real life’ reshuffled for maximum entertainment value.

Despite these issues, one feels the genuine joy in Steve’s ultimate pairing, the quirky humor of their wedding.  But again, it’s impossible not to notice that the couple we are left with are both guilty of having deceived potential romantic partners.  Has “Shoot to Marry” deceived us as well?