Sheep without a Shepherd 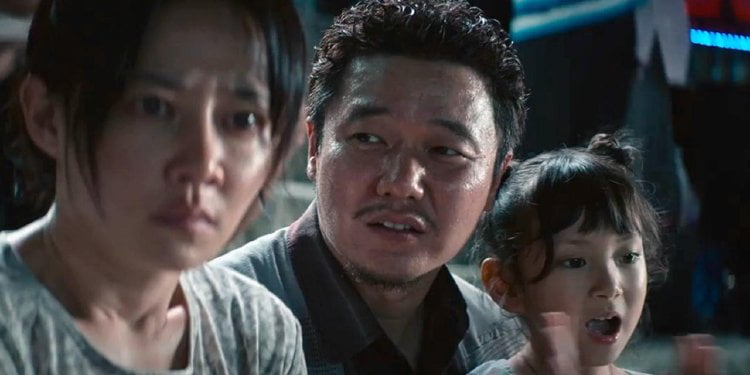 As he presides over his Internet service shop in Northern Thailand, Li Weijie (Yang Xiao) notes his dislike of local cop Sangkun (Ming-Shuai Shih) who feels much the same way about him.  This will be one of many pitfalls Weijie will have to navigate when his daughter Pingping (Audrey Hui) kills Suchat (Tianyang Bian), the son of mayoral candidate Dutpon (Philip Keung) and Sangkun’s police Chief Laoorn ('Twin Peaks's' Joan Chen), in self defense.  What Weijie has in his favor, though, is an encyclopedic knowledge of movies and he uses their plots to keep one step ahead of Laoorn in “Sheep without a Shepherd.”

Director Sam Quah's feature debut, a remake of the Malaysian “Drishyam” (credited to seven screenwriters!), is a slick, often funny, occasionally brutal cat and mouse thriller that moves so fast you won’t have time to worry about piecing it all together.  In other words, this one’s an entertaining ride piloted by a master manipulator.

The film’s opening sequences are so hyperactive, one worries about keeping up, but once Quah’s established his adversaries with a different tricky case (movie obsessed Everyman Weijie, squawky cop Sangkun, smart but ethically dubious Laoorn), things settle in with the Li family.  Weijie’s pride in his daughter Pingping’s invitation to a prestigious summer camp curdles slightly when his wife Ayu (Zhuo Tan) notes its 6K cost, but his good nature comes through.  After Pingping’s subdued return, Weijie heads out on an overnight business trip.  While he’s away, we learn that Laoorn’s son Suchat drugged and raped Pingping and is blackmailing her for more sex or he’ll publish the video he took.  She agrees to meet him at the family’s warehouse, but Ayu has cottoned on and arrives just in time.  But Suchat gets the upper hand, assaulting Ayu, so Pingping grabs a shovel…

Quah stages the self defensive killing by cross cutting it with a boxing match Weijie is attending in another city, paralleling the fighter’s moves with Ayu’s and Pingping’s.  It is after this sequence that the movie really hits its stride as Weijie learns the truth and concocts an elaborate family alibi that will allow everyone, even his youngest, adorable moppet An-an (Xiran Zhang), to tell the truth, while covering up Suchat’s death.  But before he takes his family back to the boxing ring, he must get rid of Suchat’s flashy yellow Honda and Sangkun just happens to be across the street, albeit hung over, as he drives off.

The film is a blast on so many levels.  Quah recreates “Psycho’s” suspense when Marion Crane’s car sits suspended in a pond, but turns it into high comedy by adding a goatherd as a potential witness.  It is a joy to watch first the nervous Pingping, then the innocent An-an, completely trip up Laoorn’s careful questioning with Weijie’s well plotted family weekend.  When the situation hits its most precarious point, mothers Ayu and Laoorn go head to head like Kong and Godzilla, Quah shooting Chen in classic movie monster fashion.

The film baffles a bit with some odd tonal shifts, especially as it wraps, but you can’t help but get on the side of Yang’s Everyman and hang on.  Whether it’s making you laugh or flinch, “Sheep Without a Shepherd” always entertains.

i Weijie (Yang Xiao) runs a local internet service and, when not working, watches movies – lots of movies, especially crime thrillers. When his teen daughter Pingping is raped and kills her tormenter, the son of the corrupt chief of police, he must use his movie-acquired lying skills to save his family in “Sheep Without a Shepherd.”

I went into watching “Sheep Without a Shepherd” without a clue and, well, I am not sure I have one now. But, that is not a criticism of the energetic and active rollercoaster ride of a movie by first-time feature director Sam Quah. What he and his bevy of scribes have here is the remake of Malaysian-language film, “Drishyam (2013),” by Jeethu Joseph and, after reading pretty extensive synopsizes on that film, it sounds like helmer Quah hewed closely to the original.

It would be a shame to try to describe exactly what the story is about. Actually, there are several stories going. One, about Li and his family starts out in a routine way with his wife, Ayu (Tan Zhuo), and eldest daughter double teaming dad to get the 6000 needed for her to go to a three-day student camp. Of course, it is too much and he refuses – until the indulgent dad gives in. This decision, though we do not know it, will have ramifications that ripple to the highest levels. I will leave it there and let you take the ride for yourself.
Techs are first rate in this family drama that spreads out to include a corrupt, bullying cop and his power-hungry boss, the Chief of Police (Joan Chen), who is the mother of a sadistic son who rapes and blackmails Pingping . There are many more players in this huge ensemble that tell its many stories. It is the kind of off-beat thriller that, often, brings a macabre-inspired smile to my lips.

If this is Sam Quah’s feature directing debut, I cannot wait to see what he comes up with next. It should be fun.

Artsploitation Films releases "Sheep  Without a Shepherd" on DVD and streaming on 3/23/21.