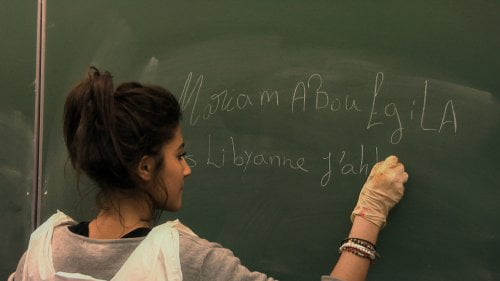 America, once upon a time, was called the world’s melting pot – “give us your tired, your poor…”. It no longer has that international distinction and director Julie Bertuccelli’s documentary “School of Babel” takes us to the city that has taken over as the center of migration from many countries around the planet: Paris. The children of émigrés to France are placed in a special “reception class” where few speak the same language. They must learn French in order to be allowed to move on to regular school.