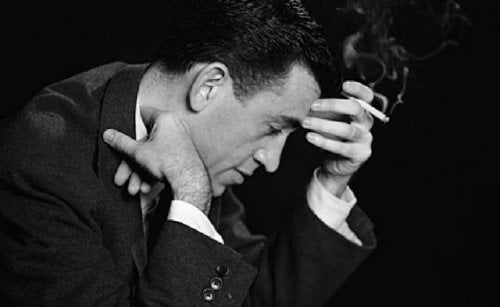 The famously reclusive author of The Catcher in the Rye had avoided publicity since that book’s first publication in 1951. Since then, he has hidden from public view, emerging only to fight legal battles over his privacy and to pick up his mail. The man died in 2010 and it is not until now that we learn the real story of “Salinger.”

Sophomore helmer Shane Salerno makes an ambitious effort to fill us in on the life and times of J.D. Salinger. The problem is, I really did not care how and why the author sank from public view and became a kind of Holy Grail for the paparazzi trying, sometimes for years, to snap a picture of the recluse. (Actually, recluse is incorrect. The inhabitants of Cornish, NH, were very protective of their celebrity writer, shielding him from pushy outsiders, mostly from the tabloids. Another problem is the film’s 129 minute runtime, which is waaaay too long. The filmmakers pad “Salinger” by using the same archival footage and photographs again and again and again. Take out all of these repetitive images and the film would be more like 85-minutes, and probably a better biography of the creation of an American icon – Holden Caulfield. Salinger continued writing after his rise to fame but he never wrote another novel, only short stories. “Salinger” is a self indulgence for the filmmaker, Shane Salerno, who loses credence as the film drags on to its conclusion. I was not really interested in the author going in to the film. When I got out, my ambivalence had not changed.