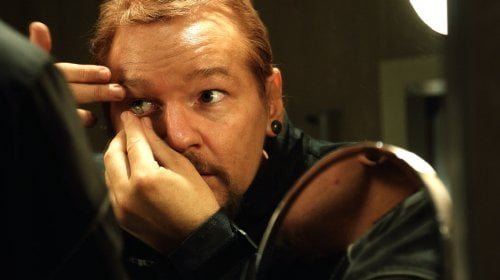 In 2012, Julian Assange sought, and was given, political asylum in the Ecuadorian Embassy in London: The reason: allegations of sexual assault and rape in Sweden resulting in that government’s request for Assange’s extradition. Documentary filmmaker Laura Poitras was there during those turbulent times and chronicles the whistleblower’s “Risk.”

Laura Poitras began her Wikileaks documentary back in 2010, after the organization released the infamous video showing soldiers gunning down Iraqi civilians and two Reuters journalists from an Apache helicopter. She had the same unfettered access to Julian Assange that she would later with Edward Snowden for "Citzenfour," her work that interrupted this one and caused friction when she refused to give Assange access to Snowden's leaked documents. Since the documentary's premiere at the Cannes Film Festival, Poitras has reedited it, disturbing contradictions reshaping her reporting. The title comes from Assange's early statements (the film begins in a house in rural England before shifting to London's Ecuadorian Embassy, where Assange has been holed up since 2013) that 'people with strong principles don't last' and that one must assess how much risk they are willing to take (this comes home later when one of his closest advisors, Sarah Harrison, cannot return to the UK after aiding Snowden in Moscow). We begin to get a sense of Poitras's uncertainty when she reads about a dream she had about Assange in her production journal. She wonders why he allows her to get so close as she feels he doesn't like her. Initially, Wikileaks is presented as a power for good, never more prominently than when Jon Applebaum leads a public Cairo panel outing Egyptian telecoms' collusion with the Mubarak regime. But things get more and more disturbing. Assange's circle almost comes across as a cult (a fawning interview by a seemingly clueless Lady Gaga at the Embassy is further evidence of uninformed Assange worship). When a female lawyer tries to prep him on the Swedish charges, his responses are misogynistic. Appelbaum leaves the Tor project under a cloud of sexual allegations and Poitras reveals she had a brief relationship with him and one of her closest friends confided his abusive treatment. One wishes Poitras had offered a bit more context here. At one point she tells us she no longer trusts him and I, for one, wanted more specifics. But a segment added after the film's Cannes showing is chilling. Assange expresses his hatred for Hillary Clinton. Wikileaks - true transparency or a personal vendetta? Grade:

Julian Assange is an interesting subject for our times and this latest documentary by Poitras focuses, mostly, on his plight and flight from what I and others call the Swedish Affair. Accusations of the assault resulted in the extradition request that, if granted, could result in extradition to the US to face a possible death penalty trial. This approach is a departure from the usual fodder about Assange and WikiLeaks and the international furor over the leaks of hundreds of thousands of classified US government classified documents and Hillary Clinton’s emails. While the film concentrates on the Swedish Affair, Poitras, bending to the will of critics of the film and Assange, tacks on an ending that briskly updates us on Assange’s antics over the past year – like interfering with the US election. The change in direction and focus at the film’s end is abrupt compared to the straightforward narrative beforehand about the extradition controversy. The film runs just over 90 minutes and, if it kept its eye on the ball, could have been a solid documentary feature about a man, like him or not, who is an interesting character on the world scene. But, about a third of “Risk” is about Assange – lounging in reflective poses several times and a five minute interlude of three of his colleagues cutting his hair are part of the film’s content padding. To me, while “Risk” does inform us about Assange and his still unresolved Swedish case, some judicious and necessary editing to remove the abovementioned indulgences would have made it better at an hour long. PBS shows “Frontline” or “American Experience” (Poitras is American, after all) would be a better venue for an edited version and would probably attract a larger audience.