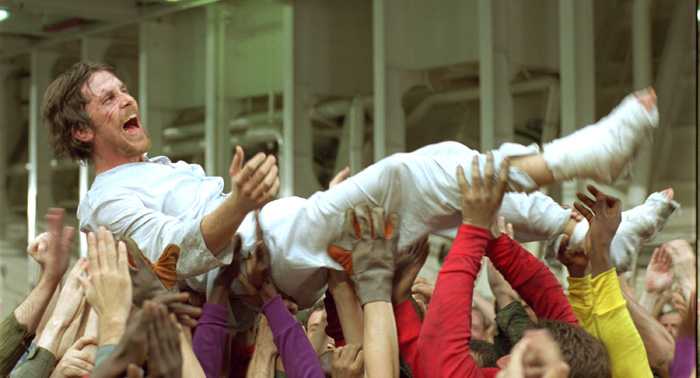 Nine years ago, Werner Herzog’s documentary, “Little Dieter Needs to Fly,” told the true story of bravery, heroism and just plain chutzpah about the only American pilot to escape from his North Vietnamese captors. The helmer returns to this subject as fiction, this time, with Christian Bale taking the role of Dieter Dangle and tells the incredible story of “Rescue Dawn.”

In anticipation of seeing “Rescue Dawn,” we watched the original “Little Dieter…” doc and I was astounded with Dangle’s astrounding tale of survival and resourcefulness. My thoughts after that film experience centered on how Herzog should simply tell this man’s story as a feature. No embellishment needed. I was thrilled, watching “Rescue Dawn,” to have one of my favorite storytellers do just that. Herzog uses much of the dramatic documentary footage from “Little Dieter Needs to Fly” as he opens Dieter’s story with American napalm and bomb attacks over battle ravaged Vietnam (and Laos and Cambodia). He cuts to the ready room on the aircraft carrier USS Ranger where the pilots are being show a survival training film. They all have a grand old time cutting up over the movie and get ready for the next mission and Dieter’s first. It turns out to be his last. Rescue Dawn” is a finely crafted work that benefits from the vision and talent of Werner Herzog. The man has created some amazing works over his illustrious career, from his fictions, “Nosferatu, the Vampire,” Aguirre the Wrath of God” and “Fitzcaraldo” to his documentaries, such as visually beautiful and riveting Lessons of Darkness.” This is a first for good old Werner as he takes his own docu story and turns it into a gripping tale of escape and survival. Christian Bale has impressed me ever since his debut as the 12-year old hero of “Empire of the Sun.” He has proved to be a versatile, talented actor who is willing to put it all on the line for his craft. For instance, he lost 60 pounds to play the malnourished Mechanic,” so I knew that he would be convincing as Dieter Dangle. No disappointment here as Bale gives serious shrift to the will and stubbornness of the downed pilot as he undergoes torture, abuse, hunger and confinement before he finally makes his way to freedom. This is not a one-hander, though, with only Bale as the whole show. Once captured by Laotian guerrillas, they turn him over to the North Vietnamese and he lands in a prison compound run by local militia. There, he meets two other flyers, Gene (Jeremy Davies) and Dwayne (Steve Zahn), who have been held there for over two years. Both men give fine, nuanced performances (and lost a whole lot of weight) as Dieter’s comrades. Other prisoners, not American, are very well drawn by their thesps. Herzog uses this fine supporting cast to give the film depth. The production techs for “Rescue Dawn” are every bit on par with the characters and story. Herzog has always had a great visual sense and, with lenser Peter Zeithinger, gives the film a realistic feel. The jungle settings are palpably claustrophobic and you can feel the strength-sapping heat and humidity as Dieter does the impossible. Rescue Dawn” is a real life rollercoaster ride that has a typical, male-bonding finale when Dieter makes it back to the Ranger, kind of like “Top Gun.” Here, though, we are talking about a true hero, not a Hollywood one, where survival is king – even eating grubs to live! Yuck!