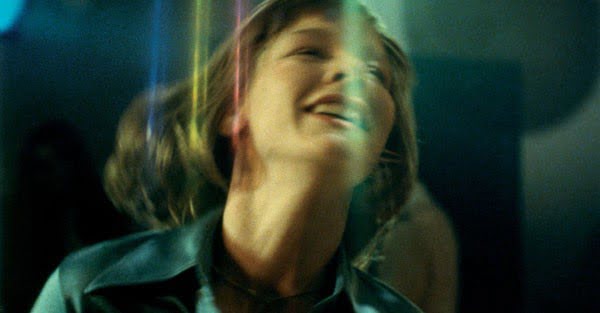 Michaela Klinger (Sandra Hueller) has been faithfully taking her meds and her seizure-causing epilepsy is under control. Or so it seems. The 21-year old wants to test the limits of her “health” and she enrolls in a nearby college. But, her new lifestyle makes her want to break the tether of medication and she stops taking her pills – to tragic results – in “Requiem.”

Inspired by the same original material as this year’s The Exorcism of Audrey Rose,” “Requiem” represents a quantum leap over the earlier film in terms of direction and acting. But, it also reps a more believable depiction of a modern-age young woman whose medical affliction is viewed by her and other authority” figures as possession by demons. Catholic Michaela has led a sheltered life because of her neurological illness, doted on by her father and resented by her mother. When she escapes her unhappy home to go to university, she finds the freedom from her family exhilarating. She helps a high school acquaintance during a test and Hanna (Anna Blomier) becomes her friend. She also is in the throes of a budding romance with Stephan (Nicholas Reinke), a charming chemistry student. Michaela’s comfort level with her new life gives her a false sense of security and she stops taking her all-important medications. Haunted by voices and phantoms, she seeks help from her mother (Marianne Kogge) and father (Burghart Klausner) and a well-intentioned priest, Father Landauer (Walter Schmidinger) but they are powerless. Another, more radical priest, Father Borchert (Jens Harzer) reinforces Michaela’s belief that her suffering is supernatural and she is convinced to submit to an ad hoc, unsanctioned exorcism. Director Hans-Christian Schmid, with scripter Bernd Lange, walks a line that presents both the current Catholic Church’s official stance against recognizing demonic possession versus Father Borchert’s adherence to archaic, dangerous exorcism rituals that ends tragically for Michaela and all. Lange’s screenplay is about understanding and belief. Rationally, Michaela’s possession” (which doesn’t even begin until the 45 minute mark but the film keeps your attention during the lengthy setup) is a physical malady that can be controlled by chemicals but, when she rejects her most necessary prescriptions, her staunch non-scientific Catholic upbringing kicks in and takes control. Sandra Hueller leads a fine cast and gives a textured performance as wallflower Michaela who is suddenly freed when she goes out into the world, only to be done in by her inner, psychosis-driven demons. You feel her pain and suffering in a way that “Audrey Rose” failed at miserably. Anna Blomier is terrific, as Hanna, both as actor and character who stands beside Michaela through her ordeal. The rest of the players acquit themselves with equal verve and dimension. Techs are good quality European-caliber (don’t expect Hollywood gloss) that uses art and craftsmanship to make up for budget limitations. Requiem” is thought provoking fare that analyzes psychosis vs. possession. It comes out in favor of treating an errant brainpan instead of subjecting it (and the body) to some physically very bad ends.